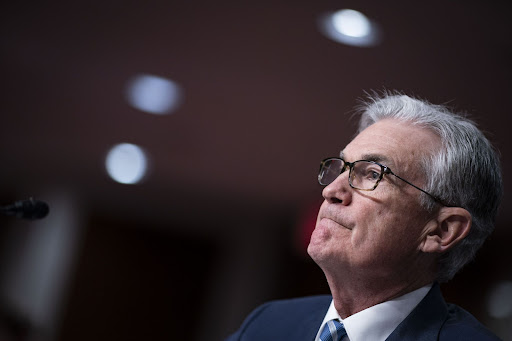 By retiring the word “transitory”, Federal Reserve Chair Jerome Powell did more than finally correct a gross mischaracterisation of inflation that he was wedded to for way too long. He also put the spotlight on inflation as a major risk to the economy and financial markets — not because the prospects for further price increases are inherently problematic (they aren’t) but because the Fed’s communication process and policy responses have been lagging realities. The catch-up process — and a rapid one is required given the delays so far — could destabilise markets and the economy. It didn’t have to be this way.

For months, Powell asserted that inflation was transitory. Rather than revisit in a timely basis his assertion in the face of ample evidence to the contrary, he adopted an ever-more elastic concept of the word that favoured longer and arbitrary time periods at the expense of economic analytical rigour. That ensured that the Fed continued with massive monthly purchases of market securities at a time when the economy was doing just fine, the housing market was red hot, and the liquidity-fuelled “everything rally” in financial assets was showing growing signs of excessive risk-taking.

Investors loved this Fed-driven liquidity paradigm. After all, there’s nothing more reassuring for asset purchases than a very large buyer with a huge balance sheet that is active regularly and purchases on non-commercial terms. Indeed, the very notion that the Fed has been totally price insensitive as it buys more than $100bn dollars every month effectively made others become less value-sensitive, decoupling asset prices further from economic and corporate fundamentals.

Powell’s repeated reassurance that inflation was transitory led many investors to believe — or, at least, act as though this unusual market construct could last forever. The result was not just record risk assets, including stocks and cryptocurrencies, but also high prices for risk-free government bonds (low yields) despite what’s supposed to be a negative correlation.

The chair’s sudden abandonment of transitory inflation just a few days after his renomination by President Joe Biden came as a shock to markets on Tuesday. Stocks slumped, short-dated US government bond yields rose and commodities fell. It didn’t help matters that Powell chose to do his inflation U-turn just as markets were trying to assess what the emergence of Omicron, a new Covid variant thought to be more infectious and perhaps even vaccine-evasive, meant for economic activity.

The problem now is that such a late wake-up to the reality of inflation increases the risks of mismanaging its policy catch-up process, exposing the economy to a higher risk of an unnecessary, Fed-induced slowdown. As I have argued in prior columns, such a policy mistake — were it to materialise — would add to the woes of an economy in which the more vulnerable segments of the population are already having to cope with inflation taking a big bite out of their income, and where too many Americans have been priced out of the housing market.

This is all particularly unfortunate and was entirely avoidable.

For months, companies and other bottom-up indicators have been signalling an inflation that would be higher and more persistent than the Fed was forecasting. At the same time, several measures of inflationary expectations were flashing yellow, from upward moves in survey data (including from the Federal Reserve Bank of New York) to multiple signs of stronger wage bargaining. And while market-based measures remained rather contained, they were among the many indicators distorted by the protracted period of direct Fed intervention in the functioning of markets.

Powell now faces more complex communication and policy challenges that are partially of his own making. They have major implications for the livelihoods, not just of people in the US but around the world. Meanwhile, markets will need to start adjusting to the gradual emergence of a different liquidity paradigm that no longer automatically benefits from massive Fed asset purchases.

• El-Erian is president of Queens’ College, Cambridge; chief economic adviser at Allianz, the parent company of Pimco where he served as CEO and co-CIO; and chair of Gramercy Fund Management.

JPMorgan has been operating in China since 1921, the same year the Communist Party was founded there
Companies
2 months ago
Next Article

1.
One vaccine to rule them all
Opinion
2.
World would keep spinning if crypto disappeared ...
Opinion
3.
The walls are closing in on Boris Johnson
Opinion
4.
ANDREA FELSTED: US supermarket shelves are full ...
Opinion
5.
Energy firms must focus on ‘G’ in ESG factors
Opinion

1.
One vaccine to rule them all
Opinion
2.
World would keep spinning if crypto disappeared ...
Opinion
3.
The walls are closing in on Boris Johnson
Opinion
4.
ANDREA FELSTED: US supermarket shelves are full ...
Opinion
5.
Energy firms must focus on ‘G’ in ESG factors
Opinion