While Anglo-French relations take strain over migrant crossings, Paris is infuriated by the gap between Brexit rhetoric and reality over the maritime border 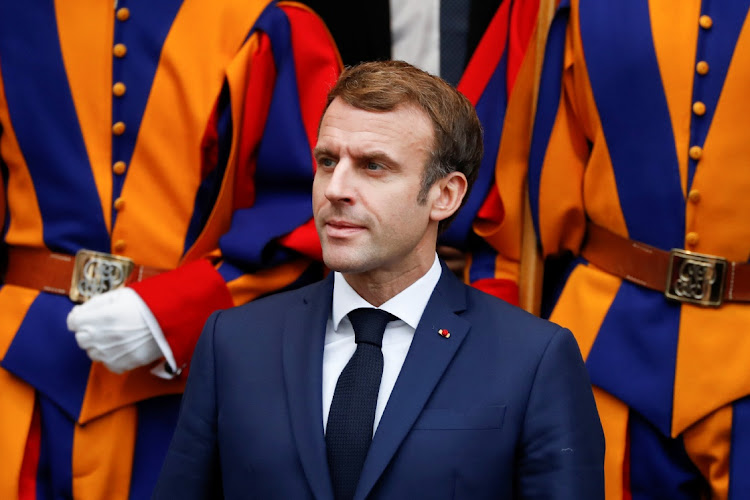 Brexit was supposed to let the UK “take back control” of its borders from others, namely the European Union. Yet, as with so many other simplistic slogans echoed by populist administrations around the world, it has managed to achieve the opposite.

In Northern Ireland, it has threatened peace and created new political divisions over the compromises needed to avoid a return to a hard border — forcing the UK and the EU into yet another round of bad-tempered negotiations to avert a trade war. Now, along the 30km English Channel, Brexit has poisoned relations with France to the point where government representatives cannot stand to be in the same room with each other — and where President Emmanuel Macron’s willingness to play border guard is understandably being pushed to the limit.

After the tragic death of at least 27 migrants in a failed attempt to reach the English coast, French officials met in Calais on Sunday with counterparts from Belgium, the Netherlands, Germany and the EU Commission to discuss future action — but swiftly disinvited the  UK after Prime Minister Boris Johnson demanded illegal migrants be “returned” to France. It follows earlier UK threats to start turning migrants back.

Johnson’s demands exemplify the short-sightedness of populist politics when it comes to the complex global forces that push desperate and vulnerable people into dangerous makeshift boats for thousands of dollars. His letter was high on accusations and short on humane solutions: It called for doubling down on joint patrols and more surveillance technology to create an evermore secure fortress in France for the UK’s benefit.

Aside from the fact that wall-building does nothing to address the conflict, the instability nor the living standards that create the conditions for dangerous migrant routes, what has really infuriated Paris is the gap between Brexit rhetoric and reality when it comes to the maritime border.

While Johnson’s government publicly lectures Macron on the need to get even tougher on migrant crossings, it is less upfront on how dependent it has become on France to enforce repressive border policies. The 2003 “Le Touquet” treaty, named for the seaside town where the cross-border system to police migrants was signed, has in the eyes of many French politicians effectively put the UK border on French soil. The building up and tearing down of campsites like the Calais “jungle” are a result not just of local police methods but also the UK’s own migration policy.

The result is a transactional relationship that becomes even more entrenched yet even more unstable, rather like the EU and Turkey’s migration deal. Just as the Brexiteers reduced the UK’s EU membership to “£350m a week,” ($467m) they now reduce the Touquet accords to the increasingly large payments sent to France to keep securing the border: €31.4m ($35.5m) in 2020 alone.

For Johnson to up the ante now is to misjudge how badly the French feel humiliated by this system, and how much leverage the UK has given up by leaving the EU’s “Dublin” system co-ordinating migrant returns. In 2016, Macron, then economy minister, warned that Brexit would lead to more bankers crossing the Channel from London and more migrants going the other way.

In an ideal world, the UK, France and other European countries would co-operate and go beyond bilateral commitments. Cracking down on smugglers is only one piece of the puzzle — more countries need to accept responsibility and find ways of taking in more refugees and asylum seekers. And leaders need to focus on the conflict zones and instability pushing people away from Africa and the Middle East; an estimated 23,000 people have died since 2014 trying to reach Europe from Northern Africa, according to the International Organization for Migration. “No-one leaves home, unless home is the mouth of a shark,” as the poem goes.

But this is the real world. Macron’s plan may now be to Europeanise a bilateral conflict with the UK, perhaps with a new treaty that better handles asylum applications and fairer burden-sharing of accepting migrants (as recommended by a recent parliamentary report). The French president’s entourage is proposing to send Frontex — the European Border and Coast Guard Agency — to the French coast, in a mirror image of its offered support at the Belarus-Poland border. Given the long and bitter internal conflicts over migration within the EU over the past few years, it’s hard to be optimistic.

And in the meantime, terrible Anglo-French relations won’t save more lives. French police have reportedly warned of worse communication between both sides on people smuggling networks, with fewer details from the UK than before.

In a world of easy populist solutions to complex problems, if Brexit is any kind of lesson, it’s that we’re set for more border conflict — not less.

Lionel Laurent is a Bloomberg Opinion columnist covering the EU and France. He worked previously at Reuters and Forbes.

Ramaphosa might have clinched a deal for Eskom at COP26, but he had more important business at home
Opinion
2 months ago

UK suggests it could respond in kind to French threats to disrupt trade, ratcheting up tensions in a bitter dispute over post-Brexit fishing access
World
2 months ago
Next Article