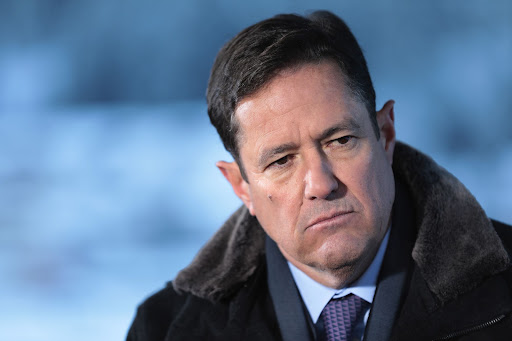 When does friendly become friends? For Jes Staley that distinction is far more than academic. Picture: BLOOMBERG

When does friendly become friends? For Jes Staley that distinction is far more than academic.

The former Barclays CEO presented his association with convicted sex offender Jeffrey Epstein to the firm’s board as a professional one between banker and client. But the tone and abundance of communication, as well as personal visits, between the pair have led the Financial Conduct Authority to deem that Staley underplayed the relationship, according to people with knowledge of the UK regulator’s probe of those ties.

It’s that conclusion, more than any hard evidence of wrongdoing, that turned Staley’s best financial year at the helm of the storied British bank into his last, the people said. Staley has said he’ll contest the findings.

The FCA shared the preliminary results of its probe with Barclays directors at the end of last month, prompting the CEO’s abrupt exit. The regulator interpreted more than 1,000 emails between him and Epstein as showing more than professional ties.

That raises awkward questions for the bank’s board and its chairman Nigel Higgins, who’ve had access to the same emails since the end of 2019 but didn’t see them as proving a closer friendship.

Barclays had stood behind its CEO since the probe came to light in February 2020, but hanging onto someone who’d lost the trust of a key regulator and would be publicly battling its watchdog was seen as untenable.

Representatives of the FCA and Barclays declined to comment for this piece. Staley’s lawyer declined to comment, citing the ongoing regulatory proceedings. She’s said previously that the executive had “no involvement in any of the alleged crimes committed by Mr. Epstein,” and that all the emails were innocuous.

At Barclays, Higgins and the board gained access to the emails when JPMorgan handed them to regulators in 2019, the people said.

While the number — more than 1,200 over four years, the Financial Times has reported — and flavour of those emails ultimately worried regulators, the board concluded at the time that they were a reflection of a banker building a client relationship.

The board did ask Staley repeatedly about the nature of his Epstein ties, but the CEO rejected the notion that it was anything other than professional, the people said. He told the board he regretted visiting Epstein’s island in 2015, a few months before becoming Barclays boss, and that their working relationship dated to when he ran JPMorgan’s private bank in New York.

Higgins took legal advice on Staley’s position and, along with the board, decided to back the American executive in February 2020.

Some of the board argued that the tone of the emails merely reflected Staley’s outgoing personality. In 2017, Staley’s emails to a prankster impersonating the then-Barclays chairman John McFarlane were made public, displaying a similar chattiness. Staley’s messages included praise for McFarlane’s “grit” and comparing his “fearlessness” on the guitar to that of Eric Clapton.

Preparations for his possible departure were in motion early on, however. Last year Barclays presented a succession plan to regulators and indicated C.S. Venkatakrishnan was favoured to succeed Staley, the people say.

Then on October 29 this year the board received the FCA’s preliminary conclusions. The Friday evening findings came after months of silence from the regulator, one of the people said. That weekend the board convened. By Monday, Staley was gone.

Since then several of Barclays’s top shareholders have raised concerns about the terms of Staley’s departure, which will see him continue to receive his salary of £2.4m ($3.2m) , a £120,000 pension allowance and other benefits through October next year.

This isn’t Staley’s first skirmish with British regulators. In 2017 he tried to unmask a person who sent an anonymous letter to Barclays board members criticising the past conduct of a newly hired executive. Staley, who knew the banker from his JPMorgan days, was upset by what he deemed an unfair accusation. His actions triggered investigations of his own behaviour. The FCA fined him and Barclays cut his bonus. Lawyers who handle whistle-blower cases said he was lucky not to be fired.

Staley has returned to the US , people with knowledge of his movements said, as he prepares to fight the FCA’s findings. Those are scheduled to go before the regulator’s internal panel, the Regulatory Decisions Committee.

Money was transferred to the prince days after he borrowed a similar amount from the bank, which is controlled by the businessman’s family
News
8 months ago