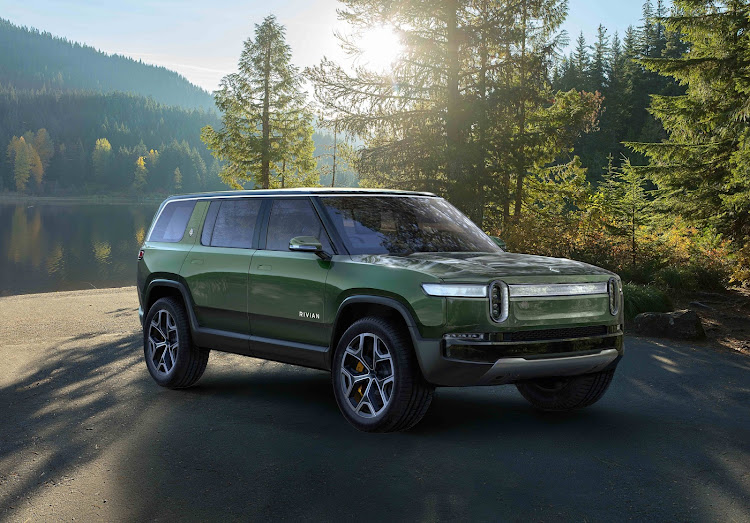 Break-ups are tough — even amicable ones. But a reassessment usually lays bare the issues that inform the future. So it’s worth pondering the relationship between the century-old Ford Motor and recently floated electric vehicle (EV) company Rivian Automotive.

On paper, it was meant to work; a large, traditional manufacturer ties up with a new start-up that boasts all the right technology and specifications, to make an electric version of an American favourite, the SUV. They looked like the perfect couple. In November, though, the companies abandoned plans to jointly develop an EV.

It’s a shame. Investors loved it. For Ford, it was a big, bold bet on the future at a time when it didn’t know much better, and skittishness around the incessant rise of EV-maker Tesla made traditional carmakers splash out. They took big stakes in various futuristic technologies or forged partnerships that aligned them with the next-generation of vehicles and the technology that would power them. For Rivian, a hot start-up with all the ideas à la mode around sustainability and greener vehicles, the partnership with a manufacturing giant would ensure that production issues didn’t impede its rise.

Rivian went public on November 10 in one of the biggest offerings ever. The value of Ford’s stake stands at about $12bn. Just 10 days later, they called off jointly making an electric vehicle, mutually, they say. Ford still holds its 12%. Both companies seem to have come out fine, in theory. A subsidiary of the Detroit giant has a supply agreement with the EV-maker.

But the making-a-car bit was the premise of the relationship. So what about those lofty goals set at the time of the initial investment led to it falling apart? In April 2019, after the announcement, when Ford’s then-CEO James Hackett was asked how much his company thought it could save from its partnership versus “the $1bn to $2bn needed to bring a new vehicle to market”, he said: “We see significant opportunity” in terms of cost and speed to market, noting that the latter was important.

He added that the skateboard platform — Rivian’s chassis that packages together the systems, motor, batteries and other controls — had a lot of capability they could leverage. Rivian founder RJ Scaringe noted that just as important as its 100,000 electric van-Amazon.com relationship was bringing in a partner “that has manufacturing expertise, supply chain expertise and the ability to actually use our skateboard”. They didn’t get into details but investors liked the idea.

Just more than two years later, the reality couldn’t be further from those optimistic statements. Ford is coming out with its own vehicles, as is Rivian, while it scouts out manufacturing plants in Georgia.

Perhaps they just couldn’t see eye to eye on technology and manufacturing, and never would — their foundations are so different. Within a year of the tie-up, in early April 2020, Ford’s luxury brand Lincoln Motors cancelled plans to make an all new EV on Rivian’s platform. It maintained the partnership was still strong, noting that they were working on “an alternative vehicle”.

In the rush to pair up and give investors some hope in a cloak-and-dagger string of events, the Ford and Rivian decision, in retrospect, looks like it was just aesthetically pleasing. By the time Ford put in the $500m Rivian had already raised more than $1.5bn and was valued at close to $7bn.

In a way, it’s a sign of how both companies underestimated themselves, perhaps we’re still in for all sorts of great electric trucks and SUVs?

Ford CEO Jim Farley said his firm plans to double its EV production capacity. But the reality is, we’ll need to start seeing more of them first. In addition, there has to be further discussion and disclosure about what didn’t work for the two parties, because it sounded as if it should have been straightforward. That would do the vibrant electric vehicle conversation a big favour.

Many EV manufacturers are contracting out production and have often struggled to get it up and running (including Tesla in the early days). What issues are they running into? Is this a tech — hardware or software — issue or just philosophical? What seems like a good, synergistic partnership or tie-up may need a more considered look.

For investors, that’s a warning — especially as the rush to go electric and a slew of new technologies mushroom across the electric-vehicle value chain. A former Ford executive once told Rivian’s Scaringe: “Just because you got engaged to someone doesn’t mean you need to marry them.” In fact, you don’t even have to. That’s worth bearing in mind.

Bloomberg Opinion. For more articles like this please visit Bloomberg.com.

The market is looking for the next Tesla, but Rivian’s got a long way to go to profitability
Opinion
1 week ago