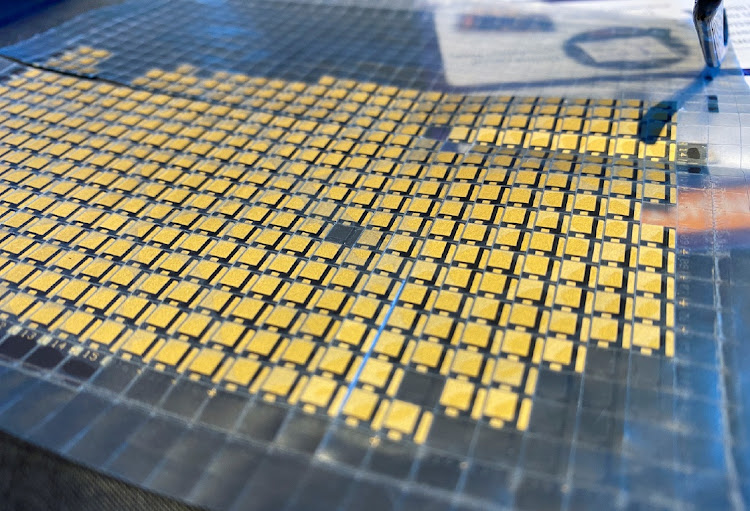 As the US economy continues to recover from Covid-19, one critical shortage in the global supply chain is touching every aspect of life: a severe lack of microchips.

The US Senate, under the leadership of majority leader Chuck Schumer of New York, has passed bipartisan legislation containing provisions for the CHIPS Act, which stands for Creating Helpful Incentives to Produce Semiconductors for America. It would invest $52bn to create a pipeline of chip manufacturing across the country. It would also form a National Semiconductor Technology Center that would bring together leaders in industry, academia and government to put the US back in the lead in semiconductor research & development.

CHIPS is that rare thing: a significant bill with true bipartisan support. Now it is up to the House to pass companion legislation, quickly. Expanding the US semiconductor industry isn’t a moonshot — and New York State can play a large role.

Americans are struggling to buy everything from cars to cellphones to home appliances. Devices run by semiconductors are vital for doctors and first responders; they protect the integrity of the financial industry and are a key driver of the US’s global competitiveness and national security. Industry estimates suggest chip manufacturing accounts for more than 250,000 direct and nearly 1.6-million indirect jobs nationwide.

Several elements are contributing to the chip shortage, but a lack of domestic production is a driving factor. As experienced more broadly during the Covid-19 pandemic, when critical supplies are scarce, national borders matter and reliance on imports is costly.

According to the Semiconductor Industry Association, the US share of semiconductor manufacturing shrank from 37% in 1990 to just 12% today. The proliferation of overseas chip fabrication plants has been accelerated by government subsidies. China is investing an estimated $150bn into new fabrication plants over 10 years to reach national self-sufficiency. South Korea, Japan and the EU are stepping up efforts to secure their own production. And the global leader, Taiwan, also provides state subsidies. The US must compete, and federal incentives have a role.

New York has been preparing to meet this moment for decades. As a lifelong New Yorker, I have seen the effects that the loss of domestic manufacturing in all sectors has had on families, especially upstate, where such jobs were the lifeblood of many communities.

New York has been a leader in computing design, development and manufacturing since the opening of IBM’s Watson Computing Laboratory in 1945 in New York City. More recently, the state has invested hundreds of millions of dollars under a succession of governors and legislatures into developing shovel-ready sites for chip plants — more than any other state in the nation.

New York has built the necessary complex infrastructure, including low-cost, reliable power and plentiful water and wastewater capacity. For example, over the last decade, GlobalFoundries has invested $15bn in its semiconductor plant in Malta, New York, and recently announced plans to build a second factory on the same campus. But that may depend on CHIPS passing.

In addition to its potential for manufacturing sites, New York is the logical headquarters for the act’s National Semiconductor Technology Center. The multibillion-dollar Albany Nanotech Complex, affiliated with the State University of New York, is the most advanced, publicly owned, 300-millimetre semiconductor R&D facility in North America. Global industry leaders like IBM, Applied Materials, Tokyo Electron, Intel and Wolfspeed collaborate every day with state engineers and scientists on technological breakthroughs, such as IBM’s recent development of the world’s first 2-nanometer chip.

The House needs to follow the Senate’s lead, pass CHIPS and make the US again the global leader in chip manufacturing. New York is ready to do its part.

1.
Glencore’s $1.1bn fine almost a reward for ...
Opinion
2.
Facial recognition used to bet on the ultra rich
Opinion
3.
Why you can bet on Apple whipping Meta in ...
Opinion
4.
ALLISON SCHRAGER: US should allow more educated ...
Opinion
5.
Joint banking could be central to a happy marriage
Opinion

1.
Glencore’s $1.1bn fine almost a reward for ...
Opinion
2.
Facial recognition used to bet on the ultra rich
Opinion
3.
Why you can bet on Apple whipping Meta in ...
Opinion
4.
ALLISON SCHRAGER: US should allow more educated ...
Opinion
5.
Joint banking could be central to a happy marriage
Opinion