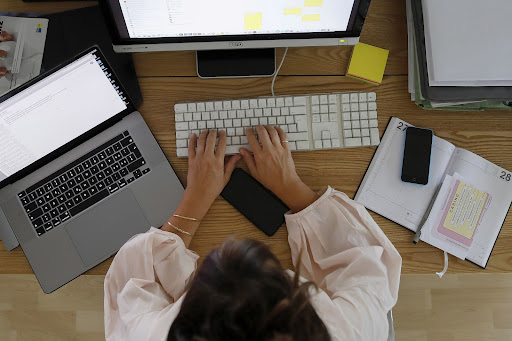 A new law in Portugal has banned bosses from emailing their staff out of hours, but for some advocates there was a gap: Staff don’t have a legal right to disconnect and turn off their work devices after hours. It was a detail that Portuguese lawmakers chose not to approve.

No matter. Big Tech is here with a solution that should (mostly) cause optimism. Microsoft and Apple have recently launched new software that makes it easier to disconnect from work. These tools and others like them could set a bigger cultural precedent than any single law.

Ignore the irony, for a moment, that the companies whose products perpetually chain us to work now want to help break our shackles. These new “disconnecting” features are a step in the right direction, part of a burgeoning field called employee-experience software.

In July, Microsoft said it was expanding “Quiet Time” across its chat platform, Teams, and email manager, Outlook. It lets users block work notifications during certain days and time frames.

Apple has also added a “Personal” mode to iPhones that you can turn on to block work-related notifications. The setting lets you decide which people can reach you, and which apps can ping you, during personal time. Messages and some third-party apps will even display your status to those who try to contact you.      * And it can hide, if you wish, all the red notification badges that bubble up over your Phone, Mail and Messages icons to trigger mini anxiety attacks.

What makes these features powerful is how quickly they can be turned on. Consider the time it takes to click around in the Settings of your email to set up an out-of-office reply versus tapping a button on your phone or doing nothing at all as it automatically goes into Quiet Time.

Microsoft said it expanded Quiet Time this year after a survey that showed half of respondents felt burnt out, in part because remote working made it harder to disconnect. A Microsoft spokesperson said use of its new features like Virtual Commute — which wraps up the day’s tasks before signing off — rose 50% between August and September of this year.

Saul Klein, a technology investor in London with LocalGlobe, says companies are taking a more proactive approach to mental health in part to avoid regulation. His own firm communicates entirely through WhatsApp, but he bans team members from messaging their group chat after 6pm. and before 8am. He cautions against putting too much expectation on companies and employers, though, because people themselves ultimately have a responsibility to disconnect.

Still, there’s no denying that even as governments like Portugal try to stop employers from overstepping, tech companies, with their vast global reach, increasingly have more influence on our behaviour and daily habits than nation states. Take countries’ efforts last year to set up contact-tracing systems for Covid-19. After several governments tried to build their own apps, they ended up going with Google and Apple’s joint approach, which achieved more successful public adoption.

Tech’s influence on our work-life balance comes with risks — namely, privacy. Microsoft, which has said it is against workplace surveillance, sells both “productivity and wellbeing insights” to employers. So managers can see how much time people are spending in meetings or after-hours calls. They then get an action plan to help push those employees to better disconnect.

There’s a weird, Orwellian tension around using software to monitor people, and then also using it to make sure they aren’t too connected; but it’s not unlike the weirdness of a government banning employers from texting their staff.

What matters is how easy it’s becoming for workers to collectively “down tool” themselves, through their phones or laptops, when they decide it’s appropriate. Individual choice has historically been more effective with technology use than regulation. More than a decade ago, employers tried to stop staff from using personal devices for work emails. Now BYOD is commonplace.

Real change happens when enough people take advantage of new cultural norms, because the choice and tools are there for them to do so.

*It would be a big deal if WhatsApp integrated Apple’s Focus status feature so that it could send your contacts a “Personal mode” update when they tried messaging you. Owner Facebook would effectively be letting Apple disrupt the flow of messaging for 2-billion active users. I doubt it will happen. It would also take WhatsApp back to its roots, incidentally. WhatsApp was initially designed to simply show statuses, such as “Working” or “At the gym,” before it pivoted to messaging when Apple introduced push notifications.

Olson is a Bloomberg Opinion columnist covering technology. She previously reported for the Wall Street Journal and Forbes and is the author of ‘We Are Anonymous.’

Unless you’re sure that ‘this time is different’, crypto values won’t crash but could disappoint with years of mediocre returns
Opinion
6 months ago

Boards are taking a more holistic view of the CEO job

Boards are taking a more holistic view of the CEO job