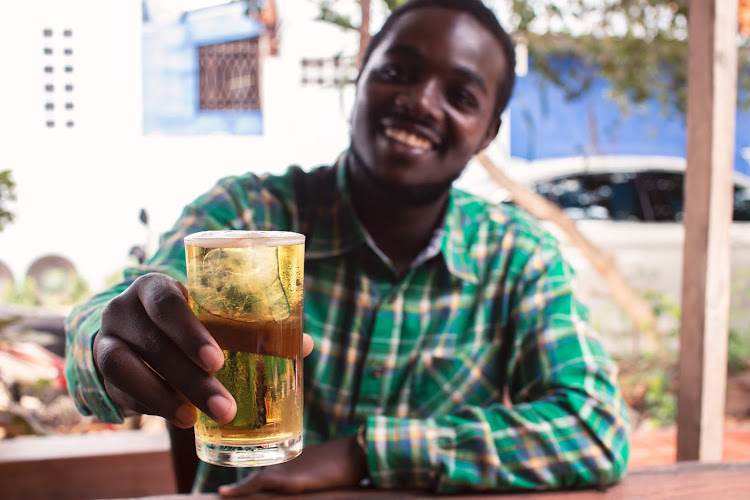 A three-way fight over control of Africa’s beer industry may be approaching its endgame.

The tussle between Heineken, Diageo and units of AB InBev for control of the world’s youngest continent has been going on for decades. Heineken’s acquisition of SA winemaker Distell Group and Namibia Breweries to create a €4bn business, announced last week, may be a final piece of the puzzle.

The attractions for brewers of a region overlooked by other global businesses should be obvious. Beer is all about demographics, and Africa’s are among the most promising. By 2050, its nations will have a larger combined population than either China or India, accounting for one in four humans.

That is an opportunity for companies far beyond the beverage sector. To date, fast-growing labour forces and abundant natural resources have failed to bring Africa the sort of economic growth that other emerging regions have enjoyed. This may be on the verge of changing.

As anyone who has thirsted for something cool, mildly alcoholic and heady after a hard day at work should know, beer and employment go hand in hand. One reason that Vietnam has been a hotly contested market for global beverage companies in recent years is that the labour force will overtake Japan’s by 2030. 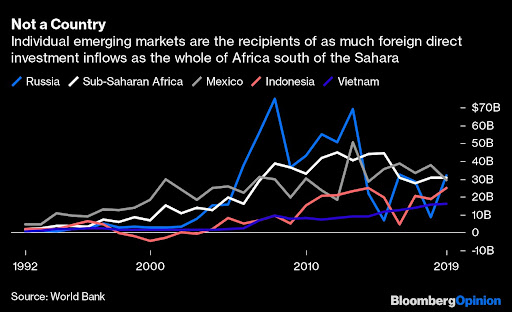 Developing nations are in a particularly sweet spot for brewers. While affluent populations tend to gradually lose their thirst for beer in favour of wine, spirits or abstention — a trend that is well under way in developed countries, and advancing now in China, too — people tend to pick beer in the earlier stages of income growth. Where Heineken, Guinness and Budweiser go, other businesses in need of an able workforce ought to follow.

All of that makes Africa an attractive market. Beer consumption rose by 33% from 2010 to 2019, according to a study by Kirin, making it a rare growth region in a world whose thirst for lager and ale is largely slaked. Nigeria long ago overtook Ireland to be the second-biggest market after the UK for Diageo’s Guinness stout. Sales in the continent grew by nearly a third during 2021, the company’s beer president, John O’Keeffe, told an investor conference this month.

Brewers’ involvement in the emerging world isn’t an act of charity. Indeed, as Dutch journalist Olivier van Beemen’s book Heineken in Africa demonstrates, it is frequently a grubby, immoral business that shareholders back home would rather not know about. Scrambles for Africa by powerful European players have rarely turned out well for the people of the continent.

Still, there is a lesson in brewers’ interest in Africa to a corporate sector that largely still neglects the region’s opportunities (foreign direct investment into the entire continent south of the Sahara is no greater than flows into Italy during a typical year.) The booming population and labour pools that will emerge over coming decades are far more than just the consumers seen by AB InBev, Diageo and Heineken: they are the productive engine for the next leg of the world’s economic growth, once China and India reach their own plateaus.

Mix beer and cider? Yes, you can. Distell and Heineken get set to brew an African drinks major, but not everyone’s happy
Money & Investing
8 months ago

Such a role is long overdue. After a long and miserable history of extractive exploitation under colonial control, a brief interlude of protectionist industrialisation in the early independence era ended in business failure, debt and default. Mining and petroleum helped lift exports in recent decades, but the benefits have fuelled inequality and graft more than broad-based wealth.

The problem hitherto has been a lack of decent jobs for the expanding urban workforce. As about 90% of work in central, eastern and western Africa south of the Sahara is in the informal economy, according to the International Labour Organisation, people live week-to-week with little security of employment or income.

Africa’s population is more urbanised than India’s now or China’s in 2003, one reason that international beverage companies see such potential in distributing there. Unless jobs can be found, though, Africa’s demographic boom risks turning from an asset into a liability.

This may now finally be happening. We could be seeing the early signs of a manufacturing renaissance in the continent, according to a study for the UN Industrial Development Organisation.

Outside the biggest economies of Egypt, Nigeria and SA, regional trade may be more active and dynamic than previously suspected, a separate study for the Brookings Institution argued. That suggests the continentwide free-trade area that came into force in January may help kick-start a virtuous circle of trade and development.

The challenges for Sub-Saharan Africa remain profound, especially as critical shortages of Covid-19 vaccines leave it with yet another disease burden. The opportunity in the coming decades, however, is quite as substantial. That is a prospect worth drinking to.

Bloomberg News. More stories like this are available on bloomberg.com/opinion.

Heineken’s more than R40bn tie up with Distell, is seen by the market as a perfect match and a vote of confidence in SA, but how ideal the offer ...
Business
8 months ago
Next Article

How to... encourage the youth to do maths and science

Wanted Online: Secure yourself a luxe bottle or two of Dolce&Gabbana’s red for ...

How to... encourage the youth to do maths and science

Wanted Online: Secure yourself a luxe bottle or two of Dolce&Gabbana’s red for ...