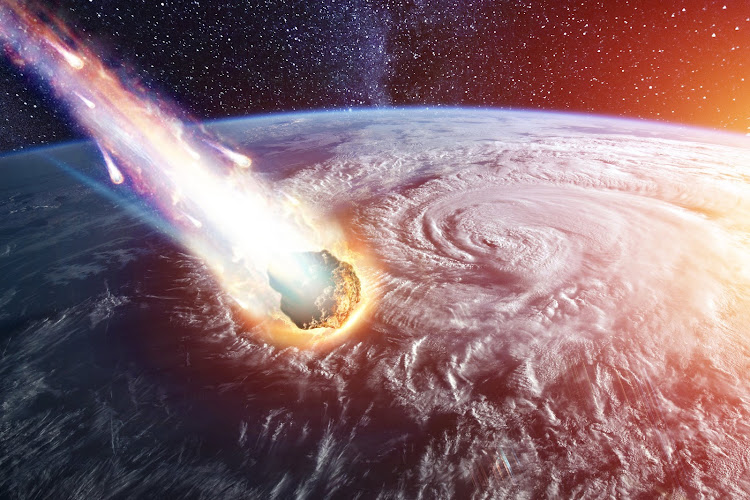 In April, scientists discovered an asteroid that had an about one in 2,500 chance of colliding with Earth in six months.

As the weeks passed, and observations improved, they determined that the space rock — perhaps 670m across — was on target for central Europe, potentially putting a million people in harm’s way. Scientists, space agencies and civil-defence organisations scrambled to find a life-saving solution, but soon determined that it was too late.

“The exercise played out that we basically had to take the hit,” said Lindley Johnson, Nasa’s planetary-defence officer.

Fortunately, that is all it was: an exercise. But next time might not be. Scientists estimate that there is an about one in 100 chance of an asteroid larger than 140m across hitting the Earth every century. Depending on where such a rock landed, it could cause casualties exceeding any known natural disaster.

The good news is that Nasa has a plan for such a scenario. Later this month, the US space agency will launch Dart (or the Double Asteroid Redirection Test), a mission that will test technologies designed to divert dangerous space objects. The bad news is that actually intercepting a killer asteroid could be a far harder — and more expensive — undertaking.

Every day, the Earth is hit by more than 100 tonnes of space dust that burns up in the atmosphere. About twice a year, a more sizeable asteroid — comparable to an car — will cause a significant explosion before burning up. Between 2000 and 2013, the Comprehensive Nuclear-Test-Ban Treaty Organisation detected 26 large asteroid blasts in the atmosphere, ranging from one to 600 kilotons. By comparison, the Hiroshima bomb measured 15 kilotons.

Occasionally, there are closer calls. In 2013, a 20m asteroid exploded 32km above Chelyabinsk, Russia, releasing about 500 kilotons of energy, knocking people off their feet and blowing out windows in thousands of buildings. Had the explosion occurred closer to the ground, the damage could have been catastrophic. A space rock that exploded 9km over Siberia in 1908 flattened 2,071km² of forest. A blast of that scale over New York City would cause millions of casualties.

In the late 1990s, Nasa began paying more serious attention to this threat. “Is the probability high that we’re going to see some existential moment because of an asteroid? No, it’s not high,” said Sean O’Keefe, the former Navy secretary who led Nasa from 2001 to 2005.

“But to the extent that it happens, and you’ve done nothing to even see what it would take to prevent that, to deter that ...” He paused, and smiled. “We can’t just sit back and say that the Serenity Prayer is what we’ll consult.

“In 2005, the US Congress mandated that Nasa detect and track 90% of all near-Earth objects greater than 140m in diameter within 15 years. Up to January, about 38% of the projected 25,000 objects of that size had been found.

“Nasa is now developing a space telescope to continue the search, with a planned launch in 2026. But without a plan for further action, the data it collects will not amount to much more than a prophecy of civilisational destruction.”

If we do actually hear from an alien civilization, should we send a message back or stay silent?
Life
5 months ago

Fortunately, experts have been working on such plans for years. The most famous proposal, thanks largely to Hollywood, is to fire a nuclear device at the incoming rock to deflect or destroy it.

Another is the equally film-worthy “gravity tractor”, which would work by flying a spacecraft beside an asteroid and slowly — over years or decades — shifting its path. Finally, there is the impactor concept behind the Dart spacecraft, which will slam into the moonlet of a non-threatening asteroid next year, hoping to disrupt its orbit.

Meanwhile, no-one should rest easy. Though no known killer asteroids are bound for Earth, the Chelyabinsk blast surprised scientists — they were actually monitoring another asteroid that passed nearby that day — and as recent simulations have shown, much more preparation is needed to deal with an incoming threat.

As a start, Nasa should build on Dart by testing a gravity-tractor deflection spacecraft. Though it sounds extreme, preparing for a nuclear-armed mission would also make sense; earlier this year, researchers at the Lawrence Livermore National Laboratory and the Air Force Institute of Technology published a study on exactly that.

Finally, as a 2018 report from the National Science and Technology Council suggested, the US should start evaluating global launch capabilities — and developing international protocols — in the event a rapid-response mission is needed.

For now, these might seem like far-out ideas. But when that city-killing rock comes hurtling towards Earth, the only question anyone will be asking is, who is ready to launch?