A new approach to fixing products will benefit consumers, designers and the environment 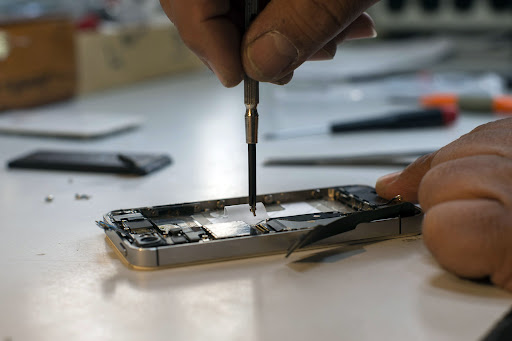 Years ago, long before the iPhone, nobody needed a professional technician to switch out a phone battery. You simply slid open the back, inserted a replacement and the job was done. The first iPhone changed everything. Now you might need a screwdriver, nylon pry tools, a dental pick, a tweezer, a soldering iron and maybe 40 minutes of spare time. Today, many iPhone owners view a dying battery as simply a prompt to upgrade.

On Wednesday, Apple announced that it is giving consumers a new choice. Starting in 2022, it will let them access Apple parts and tools to address the most common repairs, such as battery and screen replacements. It’s a monumental decision: it will reverse the company’s long-standing opposition to self-repair, expand consumer choice, reduce harmful emissions and potentially set the stage for a revolution in repair-friendly product design.

Historically, consumers bought expensive durable products with the expectation of repairability. If they couldn’t fix their appliances at home, then a nearby shop could usually do the job. Corner repair stores were common to most middle-class towns as recently as 25 years ago. They didn’t just fix televisions and stereos; they helped preserve the considerable investment such products represented.

Several factors changed this dynamic. First, thanks to globalised supply chains and manufacturing, the real cost of durable goods such as TVs has been dropping for decades. For many consumers, it’s now easier and cheaper to throw out a $200 flat screen and upgrade than it is to attempt a repair. As a result, manufacturers had few reasons to build out expensive spare-part supply chains.

Apple saw a different opportunity. Though its products were hardly disposable, it limited access to parts, manuals and specialised tools exclusively to authorised repair shops. This drove up the cost of repairs and pushed consumers to buy new stuff rather than maintain what they had. In 2019, CEO Tim Cook admitted that revenue had taken a hit when consumers started opting for the company’s battery replacements instead of new iPhones. All the while, Apple actively fought legislation intended to prevent such practices, arguing that self-repair endangered consumers, threatened intellectual property and abetted criminal hackers.

These decisions had consequences. Consumers had little choice over who fixed their property, and often paid more as a result. In emerging markets, a lack of authorised repair centres made it especially challenging to maintain devices. Finally, Apple’s bias against repair undermined its commitment to sustainability. As the company itself has noted, more than 80% of the carbon emissions associated with iPhones are released during the manufacturing stage (actual use accounts for 16%). Repair means fewer emissions.

Apple’s about-face this week was unexpected, but it had a clear logic. For more than a decade, “right to repair” activists have been lobbying state legislatures and federal officials to prohibit anti-repair practices. In March, those activists scored a major victory when President Joe Biden issued an executive order calling for an end to repair monopolies. For Apple, the writing was likely on the iPad: expand repair options voluntarily, or fight a losing battle to resist.

The impact should be widespread. Apple’s products have never been designed with amateur repairers in mind. The hurdles for at-home fixes were considerable, ranging from glued-in batteries to proprietary screws that required special screwdriver heads. Now its product designers will need to take non-professionals into account. That should lead to more easily fixable products, maybe even a battery that can be easily swapped in and out. The last thing Apple wants is customers complaining that its (likely expensive) repair kits don’t work.

It won’t just be iPhone owners who benefit. Apple’s influence on consumer technology is so extensive that its decision will probably be emulated by others, boosting “repairability” as a device feature. Meanwhile, the booming global second-hand market should see an influx of devices that have either been repaired or can be. In turn, consumers in emerging markets could benefit hugely. Crucially, all of these developments will also be helping the environment.

Of course, Apple isn’t reversing course entirely out of the goodness of its corporate heart. Independent shops that want to use Apple-certified parts must still join the company’s Independent Repair Provider Program and agree to its invasive terms.

Even so, Apple’s decision is a momentous one. Consumers don’t yet have a universal right to repair their stuff. But thanks to this change of course, they’re now a lot closer to having one.

Steve Jobs’s successor has, in a decade, propelled the firm to become the first $1-trillion and $2-trillion company
Opinion
11 months ago
Next Article