If Putin and Lukashenko want to escalate the conflict, doing so would be easy 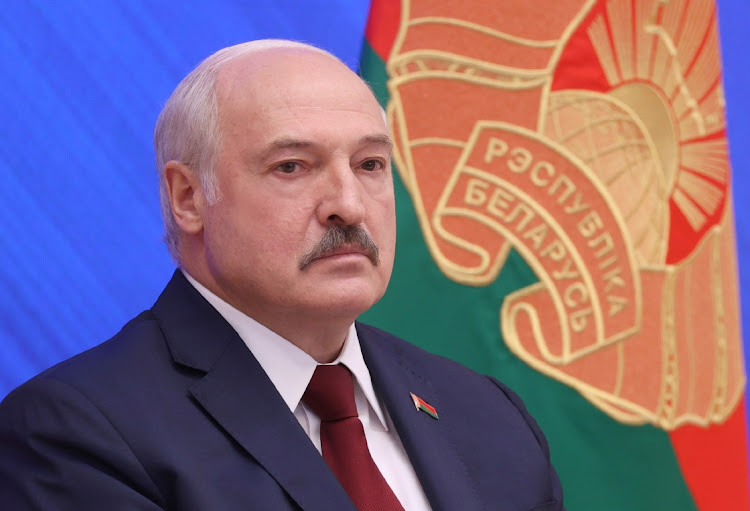 Is there any way this stand-off at the border between the EU and Belarus can still end well? Put differently, how bad could it get? Unfortunately, the answer is: really bad. The scenarios include the death of the migrants, and even a wider war.

A recap: The crisis was manufactured by a cynical dictator, Alexander Lukashenko, the president of Belarus. In 2020 he rigged an election, then cracked down brutally on his domestic opposition. So the EU, which already had sanctions against his regime, added more. In retaliation, if that is the word, Lukashenko decided to use innocent human beings from other countries as hostages to blackmail the EU.

He organised a vast human trafficking network throughout the Middle East and a disinformation campaign spreading the lie that migrants can get to Europe, and in particular Germany, by flying to the Belarusian capital Minsk and then crossing into Poland, Latvia or Lithuania and trekking west. To support this scheme, Lukashenko’s cronies enlisted travel agents, airlines, smugglers and mules, from the Kurdish parts of Iraq to Yemen and Afghanistan.

What Lukashenko’s disinformation didn’t say is that those three EU countries will not let the migrants in, fearing another refugee crisis like the one in 2015. The populist Polish government, in particular, defines itself as anti-migrant and must look tough.

The result is thousands of refugees, including children, stranded in freezing weather on the Belarusian side of razor-wire fences and other barriers. Several have already died — it’s hard to know how many because Poland and Belarus block media access to these forests — and many more will. The refugees can’t go forward or back. They’re in a frozen hell.

That doesn’t bother Lukashenko and his only ally, Russian President Vladimir Putin. In their analysis, they’ve figured out the EU’s pressure point, the asymmetry that makes the bloc vulnerable: the Europeans have scruples, whereas Lukashenko and Putin don’t. Therefore, the Europeans could never leave thousands of refugees to simply die, while Minsk and Moscow would. What, then, are the scenarios?

First, the optimistic case. The EU is, for the moment, doing the right thing. This week, its foreign ministers decided to tighten, rather than loosen, sanctions on Lukashenko’s regime. Just as importantly, they’ve extended their diplomatic sticks and carrots throughout the Middle East to clamp down on that international trafficking network.

This seems to be working. Several Turkish airlines have stopped flying Iraqi, Syrian and Yemeni passengers to Minsk. The Syrian carrier Cham Wings says it won’t fly to Belarus at all. Dubai, a major transit hub, has started barring Iraqi and Syrian travellers from boarding planes to Minsk. With luck, it will now become clear to potential migrants everywhere that embarking on this dangerous route is futile.

In this one way, the EU is taking advantage of its own strength and Belarus’s weakness. The bloc not only has money but also contacts and connections throughout the region, whereas Belarus is fast becoming a pariah. As an incentive, Europe can offer its huge internal market, as well as development aid and other goodies, whereas Lukashenko has nothing to sweeten deals. If you're an airline, would you rather lose your flights to Minsk or to the 27 countries of the EU?

If and when these migration routes through Belarus do shut down, and new arrivals cease filling the forest camps, the EU should take the next step and let in those refugees already there. Not doing so would cause mass death and a humanitarian disaster that the EU, which prides itself on its values, would not survive with its credibility intact.

The bloc should then, in a one-off arrangement, resettle these refugees, with each member state accommodating its share. In time, this precedent could even become the germ of a long-overdue reform of Europe’s overall asylum policy.

Now to the pessimistic scenarios. Lukashenko and Putin don’t really care what happens to the refugees. They care about destabilising the EU, and view these tactics as merely one tool in their kit of hybrid warfare. Once that instrument stops working, they’ll simply use others.

Aware that Europe is in the throes of an energy crisis, Lukashenko has threatened to cut off the Russian gas flowing through his country to the EU. Putin claims Lukashenko “never told me about that, not even a hint”, and for once he might even be telling the truth. But the Russian president has already manipulated the gas flow to Europe through other pipelines. Russia has also threatened to turn off the gas to Moldova, unless that small post-Soviet country distances itself from the EU and stays in Moscow’s sphere of influence.

Even armed force isn’t out of the question. Unlike Lukashenko, Putin views the entire frontier of the former Soviet Union with the countries of the EU and Nato as the field of operations. He has massed his troops along the Ukrainian border, and the US has warned its European allies that Russia may be planning a broader invasion there. In recent days, Putin has sent nuclear bombers to patrol the Belarusian airspace near the Polish border.

If Putin and Lukashenko wanted to escalate the conflict, doing so would be easy. Belarusian and Polish soldiers along the border have already fired warning shots, apparently with blanks so far. But one bullet — stray or aimed — hitting anybody in this tense situation could set off a barrage. Belarus would formally call on Russian reinforcements, Poland would invoke Nato’s treaty obligations.

Lukashenko concluded long ago that he must stay in power at all costs, or else go down in the way that fallen dictators usually do; so he wouldn’t care a hoot about causing a wider conflagration. Putin, who ultimately calls the shots in this duo, must take a wider view. The entire Western alliance — including the US, Nato, the EU and their friends elsewhere — must now prevail on Moscow not to up the stakes.

Lithuania, Estonia and Latvia accuse Belarus of using migrants as a weapon
World
9 months ago
Next Article