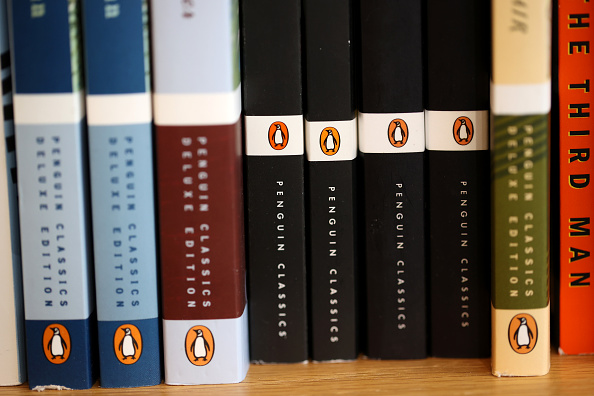 The US Department of Justice is suing Penguin Random House and Simon & Schuster to block the companies from completing a merger. Picture: JUSTIN SULLIVAN/GETTY IMAGES

It doesn’t sound like a Pulitzer winner, but “US v. Bertelsmann SE, 21-cv-02886” is a cracking read in the niche genre of antitrust litigation. This is the US department of justice’s surprise lawsuit on Penguin Random House’s $2.2bn agreement to buy rival publisher Simon & Schuster almost a year ago.

For entertainment value, you get a handful of embarrassing private messages written by executives in both firms such as: “I would not want to be a big author at Simon & Schuster now.” The political context — a more robust US approach to deal making — adds spice too. But the substance is what counts, and that’s where there are concerns for authors and readers.

The acquisition would consolidate the Big Five book publishers down to four and extend PRH’s lead as the world’s largest. As the department argues, the number of houses with the financial muscle to buy blockbuster manuscripts would shrink even further.

The argument isn’t that publishers would then charge consumers more for books, rather that they’d pay authors less for the rights to their work. That’s an unusual line of attack for an antitrust case. But it’s a valid onel. It drives at the price people should get for their labour.

In many small ways, the variety and richness of the literary experience could be under threat.

We’re talking here mainly about established writers and celebrities. Such scribes (or their ghost writers) are still going to do well and will probably keep writing books even if advances aren’t as lavish as they are today. The principle remains that everyone deserves full value for their work. The department cites instances where PRH and Simon & Schuster have bid each other up in auctions for manuscripts. Had the firms been a single entity, these contests would probably have ended sooner with the authors receiving smaller advances.

True, regulators have permitted consolidation in other concentrated markets, such as telecom. In this case, there would still be four potential bidders for a hit biography. Isn’t that enough? The snag is that all four players wouldn’t necessarily always bid on every manuscript.

There may also be reduced tension in auctions for manuscripts by less popular authors, though these don’t generally get so heated. Outside the Big Five (which includes Hachette Book Group, HarperCollins Publishers and Macmillan Publishers) there isn’t a plethora of decent-sized US independent houses like Grove Atlantic that can inject much extra competition. By contrast, the UK has the likes of Bloomsbury Publishing, Canongate Books and Faber & Faber. This may explain why the UK has cleared the Simon & Schuster deal without controversy.

Meanwhile, greater concentration in publishing might lead to more pressure on agents and authors to sell global rights to all media — text, television, film — in a bundle at a discount price. In many small ways, the variety and richness of the literary experience could be under threat.

Might dust jackets — the reader’s first encounter with the book — eventually become uniform instead of being tailored to individual regions? Will books sold in the US and UK continue to respect each other’s peculiarities in spelling? Could the industry gradually pivot to lower-risk, celebrity-backed titles at the expense of nurturing talent that may not hit the commercial jackpot until novel number three?

Biden administration says the proposed $2.18bn deal would give Penguin  too much control over book publishing in US
World
3 weeks ago

Admittedly, it doesn’t look like Penguin’s previous acquisition of Random House harmed the market at all. PRH has pledged that Simon & Schuster would still bid against its imprints. It is controlled by family owned Bertelsmann. That’s the sort of long-term steward you want in this business. But PRH’s assurances on internal competition are hard to enforce and it’s not clear if future management would feel bound by them. Regardless of how Random House played out, this may be a deal too far.

The justice department is also rightly sceptical whether the benefits of the transaction offset the risks. Amazon’s distribution power in physical and electronic books will remain huge regardless.

These are, of course, hypothetical worries. Whether they add up to a legal argument strong enough to win in court is another matter. But from a common-sense perspective, it’s hard to see how further concentration in the industry is more beneficial than harmful to artistic and cultural variety. Publishers say no good book goes unpublished. Let’s hope it stays that way.

Chris Hughes is a Bloomberg Opinion columnist covering deals. He previously worked for Reuters Breakingviews, as well as the Financial Times and the Independent newspaper.

Galgut was awarded the English-speaking world’s premiere literary accolade for his ninth novel, The Promise
Life
3 weeks ago