MICHAEL SCHUMAN: Chinese imitation is no good as flattery when royalties are involved

China’s bureaucrats prefer room to wiggle, to permit all sorts of dangerous stuff to persist when it suits them, from shadow-banking shenanigans to environmental degradation 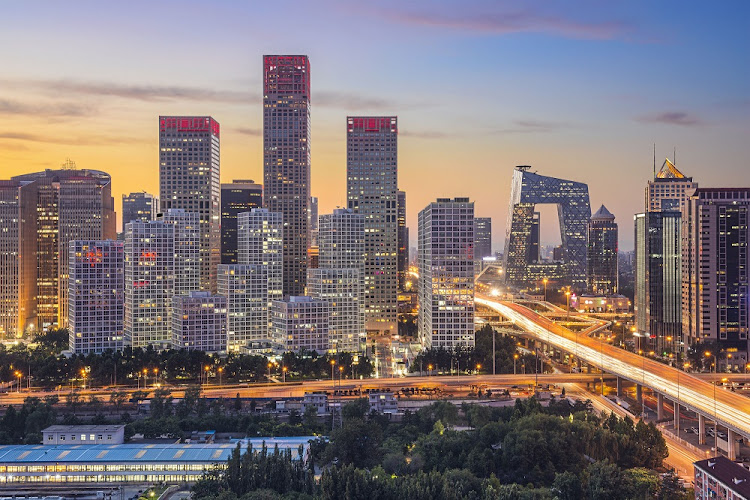 I’m a victim of Chinese pirates.

Not the seafaring cutthroats with parrots on their shoulders. The treasure these pirates steal is intellectual. A friend in Beijing discovered fake copies of my latest book, “Superpower Interrupted: The Chinese History of the World,” selling over the Chinese internet. At about $40, they were more expensive than the real thing. But you got an e-version for a piddly $1.50

Imitation may be the sincerest form of flattery, but I’d prefer fewer compliments and more royalties. I can’t say I’m surprised. China’s counterfeit handbags, car parts and just about everything else have long been the scourge of global business, from the most famous luxury brands to the humblest designers.

Effectively complicit, in my case and so many others, is Alibaba Group, whose online shopping and sourcing platforms are well-known havens for knock-offs. Alibaba has improved its fake-fighting skills in recent years, but, as my pirated book shows, the problem persists. The copies were found on its Taobao site, which still sits on the US Trade Representative’s list of “notorious” marketplaces, and sold through an affiliated platform called Xianyu.

Now Chinese regulators are catching up to Alibaba. The company is the target of an anti-trust investigation, even as its sister fintech firm, Ant Group, is also facing greater government scrutiny. These actions are widely perceived as political, to remind the companies’ outspoken founder, Jack Ma, that the Communist Party is still in charge, no matter how many billions he may have.

But we’d all be better off if these companies, and the Chinese economy more broadly, were more rigorously regulated. Fake history books are the least of the damage done. China has been a primary source of a synthetic opioid fueling the addiction crisis in the US. (The Chinese government denies this.) And it is likely that poor control over the trade in wildlife caused the coronavirus pandemic that has claimed the lives of nearly 2.5-million people. A team from the World Health Organisation investigating the origins of the outbreak ended a fact-finding visit to China in February somewhat disgruntled that Chinese authorities were withholding critical data.

Improved regulation is no less important for China. Chinese business must become more innovative if the economy is to rise into the ranks of the most advanced, but that’s much more difficult when new ideas can be so easily stolen. Policymakers will struggle to meet many of their major goals – such as becoming self-sufficient in technology or combating climate change — without stricter enforcement of the law.

With so much on the line, you’d think Beijing would get its administrative act together. And in some ways, it is. Scott Palmer, a partner at law firm Perkins Coie, told me that the protection of intellectual property rights in China has meaningfully improved in recent years, “China is mostly up to snuff in terms of black letter law,” he said.” Things are a lot better than they used to be.”

But I’ve still been swindled. True, the scale of counterfeiting in China is so vast that tackling it is an epic undertaking even for the supposedly uber-capable Chinese state. Yet that’s the point. Authorities allowed the problem to spiral out of control in the first place. And I’m not convinced they’re doing all they can. The Chinese government can squash the coronavirus and lock up about 1-million Uyghurs in far-west Xinjiang. Rounding up some illegal booksellers should be a piece of cake.

The reality is China’s bureaucrats prefer room to wiggle, to permit all sorts of dangerous stuff to persist when it suits them, from shadow-banking shenanigans to environmental degradation. Counterfeiters can keep people employed or factories humming. Companies can accelerate the adoption of new technologies and products unfettered by entangling rules.

The erratic and selective imposition of the law, however, indirectly encourages cheaters. If the crooks printing and selling illegal copies of my book expected to get into big trouble, they wouldn’t be doing it. The best tool I have against them is to work with Alibaba to pull down the offending postings.

Taking advantage of a service provided by my publisher, I did just that, and the complaint was mostly successful in removing the listings. But the number increased anyway. When I contacted Alibaba’s corporate communications team seeking comment for my column (not assistance), the copies vanished from its websites within hours – though that’s an avenue most victims of counterfeiting don’t have. An emailed statement from Alibaba attributed to a “Xianyu spokesperson” confirmed that it had “removed any potentially infringing listings” of my book and said that the platform “does not tolerate illicit or illegal behaviour”. It said, “We continue to uphold the highest industry standards for our product listing policies.”

Beijing’s attempt at a solution is the “corporate social credit” system. Which, In theory, will compel better compliance with the law by sanctioning wrong-doers. But this is a poor substitute for what China really needs: rule of law. Only when authorities apply the rules evenly and fairly will China rid itself of counterfeiting and other corporate crimes, and create the stable environment for private business to thrive.

That’s unlikely to happen. China’s authoritarian state feels it requires the threat of arbitrary rule to maintain its grip over Chinese society. Here’s yet another case where the demands of China’s political system and its economic development clash. A few fake copies of my book aren’t such a big deal. But the reasons they exist are, for China’s future, and the world’s.

Beware the counterfeit website as shopping season heats up

Operation DarkHunTOR also recovered guns, cash and illicit drugs in US and Europe
World
9 months ago

Company is moving its spot-trading operation to Gibraltar as it takes steps to leave China, where authorities are cracking down on the industry
News
9 months ago
Next Article