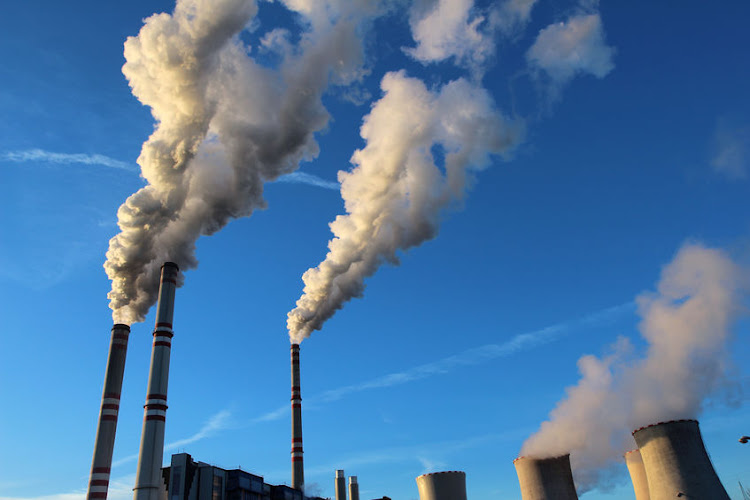 Which of the following markets would you want your pension fund to have invested in in 2021? Would it be the one tracking the benchmark index, which has gained about 20%? Or would you prefer it to have bought the subindex that’s climbed by almost three times as much? It sounds obvious — until you dig into the detail.

Gains of about a fifth for the S&P 500 index seem respectable enough. But they’re dwarfed by the 56% return available from the energy companies index, which is dominated by the likes of ExxonMobil, Chevron, ConocoPhillips and other carbon-intensive firms. Your heart, aware of the damage energy companies are doing to the planet, may have one view. Your mind, conscious of the need to build enough of a nest egg to finance a comfortable retirement, may well take the opposite stance.

Of course, this is a bit of a false dichotomy. If we continue to wreck the planet, there might not be anywhere left for you to enjoy those twilight years sipping margaritas, making the value of your nest egg a moot point. But it does illustrate that investment continues to flow into the world’s most polluting companies, leaving profits on the table for those willing to keep financing their activities.

Four years ago, Cliff Asness argued that the point of socially responsible investing is to raise the cost of capital for rapscallions. “If the discount rate on sin is now higher, the sinful investors make more going forward than otherwise,” the billionaire co-founder of AQR Capital Management wrote in May 2017. “If the virtuous are not raising the cost of capital to sinful projects, what are they doing?”

Those excess returns help explain why finance is finding it hard to kick the habit of funding polluters. Banks have raked in $17.8bn in fees from arranging debt for energy companies since the Paris Agreement on climate change was reached at the end of 2015, Bloomberg News reported this week. That’s almost double the $8.9bn they’ve earned from syndicating green debt. In the past six years, banks have provided almost $4-trillion of finance for the fossil-fuel industry.

That echoes the findings in a report published this week by UK think-tank New Financial: just 3% of European capital markets activity is by what it deems “good” ESG companies — those involved in solving environmental or social issues, such as wind or solar companies. That compares with 20% by “bad” companies, including oil and gas firms or those sanctioned by the ClimateAction 100+ list. And the picture is echoed globally and across several different capital markets sectors.

Put another way, for every $1 raised on the capital markets by companies involved in renewable energy or other planet-friendly businesses, a further $10 is made available to “the companies that are causing the problems in the first place,” as the report puts it.

And “problems” is putting it mildly. The UN warned this week that the world will warm by 2.7°C by 2100 unless countries move more swiftly to curb their carbon emissions, leaving the 1.5°C target agreed in Paris six years ago a distant dream.

The finance industry has been guilty at times of generating “noise and breathless marketing activity” around ESG issues, the New Financial report says. But banks and asset managers face a tricky balancing act. As Norway’s Prime Minister Jonas Gahr Store told the Financial Times this week, the oil and gas industry needs continuous financing to transition away from fossil fuels.

“Regulation may increasingly require banks to become something akin to the ‘ESG police’ and decide which companies get or don’t get loans/access to capital markets,” Wells Fargo analyst Mike Mayo wrote in a report published this week.

That won’t work. Trying to force an industry that’s designed to pursue profit to become the climate-change sheriff sounds a bit like foxes guarding hen houses. Governments, not capital markets, need to decide and legislate on the limits needed to move towards net zero. Otherwise, the planet really is doomed.

World Meteorological Organization report shows that carbon dioxide levels surged in 2020, rising more than the average rate over the last decade
World
9 months ago
Next Article