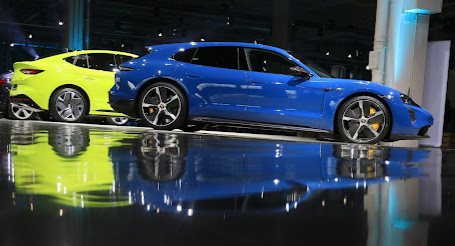 Porsche is trying to secure anchor investments from some of the largest Middle Eastern sovereign wealth funds, as the iconic sports-car maker looks to pull off one of Europe’s biggest listings amid market headwinds and valuation concerns, people familiar with the matter said.

Abu Dhabi’s Mubadala Investment Company and ADQ are among those considering committing funds to the Volkswagen unit’s listing, according to the people, who asked not to be identified discussing confidential information. State-owned entities in other Gulf markets, including Saudi Arabia, are also exploring investments, they said.

Advisers on the IPO have also approached major Canadian and Malaysian funds, as well as the Norwegian sovereign wealth fund, one of the people said. Volkswagen is considering offering more than 5% of Porsche’s preferred stock to anchor investors, the people said.

Existing Volkswagen shareholder Qatar Investment Authority has already decided to become a strategic investor in Porsche. Volkswagen wants to gather firm commitments from other funds by the end of the month, one person said.

Securing more big backers would be a vote of confidence as the German carmaker looks to push a premium valuation for Porsche. The German state of Lower Saxony, another Volkswagen shareholder, and the controlling Porsche-Piech family are seeking a valuation of no less than €60bn (R1-trillion) , the people said.

In early meetings with portfolio managers, the IPO has been pitched as a chance to invest in a company that combines the best of car-making rivals like Ferrari and luxury brands such as Louis Vuitton. But some investors are concerned about a listing structure that fails to make Porsche more independent from its parent, as well as headwinds in the IPO market, people familiar with the matter said previously.

Last month’s decision to put Porsche CEO Oliver Blume in charge of parent Volkswagen has also drawn scrutiny from investors. In a Bernstein poll of 58 fund managers, 71% said Blume’s dual role is a clear negative for the IPO.

Deliberations are ongoing and there’s no certainty the funds will proceed with firm commitments, according to the people. A spokesperson for Porsche and Volkswagen said more information on the progress of the IPO is expected to be released in late summer. Representatives for ADQ, Norges Bank Investment Management and QIA declined to comment, while a spokesperson for Mubadala didn’t provide comment.

Middle Eastern wealth funds control trillions of dollars and have seen their holdings boosted by surging energy prices this year. They’ve been ploughing money into global markets to take advantage of falling valuations, buying everything from football clubs to luxury electric-vehicle start-ups.

Volkswagen, Europe’s largest automaker, is planning to list a minority stake in Porsche to help finance the industry’s biggest push into electric cars and boost its valuation. It’s earmarked €89bn in spending on technologies like software and electric cars through 2026, and the separation of Porsche could offer new funding options for the group.

Volkswagen has picked Goldman Sachs, Bank of America , JPMorgan and Citigroup as joint global coordinators for the Porsche IPO.

Guangzhou Automobile Group confirmed in a statement on its website that the two companies were negotiating how to terminate the JV after years of ...
Companies
3 weeks ago

General Motors sells 582,401 vehicles in second quarter as auto industry struggles to keep up with pent-up consumer demand
Companies
1 month ago
Next Article