Donor fatigue could mean starvation for 900,000 in West Africa

With more than 38.3-million people food insecure across West Africa, just $1.3bn of the $3.8bn needed has been secured as of the end of June 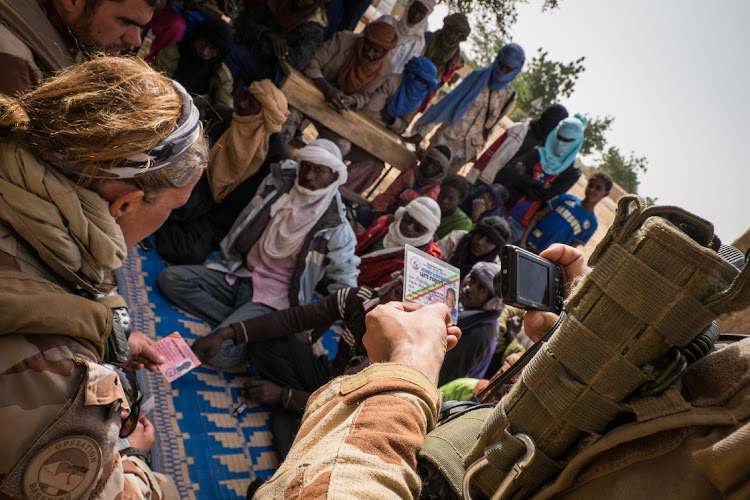 French soldiers from barkhane military operation in Sahel, Africa during a patrol in Mali. File picture: CORBIS VIA GETTY IMAGES/FRED MARIE/ART IN ALL OF US.

With a world distracted by Russia’s invasion of Ukraine and after more than a decade of conflicts across West Africa’s Sahel region, funding for a humanitarian crisis has slumped, imperilling the lives of 900,000 people, a medical association working in the area said.

With more than 38.3-million people food insecure across West Africa, almost all of them in six nations with Sahel regions abutting the Sahara Desert, just $1.3bn of the $3.8bn needed has been secured as of the end of June, Kader Issaley, operations director for the Alliance for International Medical Action said, citing the latest figures available.

“There is fatigue from donors,” Issaley said in an interview on Thursday. In north west Nigeria and Niger the crisis is the worst since 2005, he said.

The famine in the Sahel is one of the least noticed in Africa in 2022 with the continent beset by the worst drought in four decades in the Horn of Africa, a conflict in Ethiopia and the failure of four successive rainy seasons in Madagascar.

In addition to draining funding from other crises the war has driven up global food prices, as Russia and Ukraine are key sources of grain and vegetable oil, and has created a worldwide fertiliser shortage. That, Issaley said, may mean that 2023 is even worse as yields across the Sahel are likely to fall.

While Ukraine’s humanitarian needs have been met, the amount given to the Sahel has fallen from the $1.8bn at this time in 2021, said Issaley, whose organisation has more than 1,200 people working across six Sahel nations — Nigeria, Chad, Niger, Burkina Faso, Mali and Mauritania.

Boko Haram and Islamic State militants in northeastern Nigeria, banditry in the north west of the country and conflict with Islamist militants across Niger, Mali and Burkina Faso have made donors weary and has complicated relief efforts, he said. Food and medical distribution is difficult, and easily recognisable foreign aid workers are targets for militants who kidnap them for ransom, he said.

“It’s time to resolve definitively the situation,” he said, referring to the conflicts.

The crisis has is now reaching its peak with food stocks running out and the harvest only coming in in October, he said.

The number of children suffering malnutrition has risen to 6.3-million from 4.9-million at the same time in 2021, he said.

Alima was founded in 2009 to tackle a food crisis in Niger and has treated 10 million people in 14 countries since then.