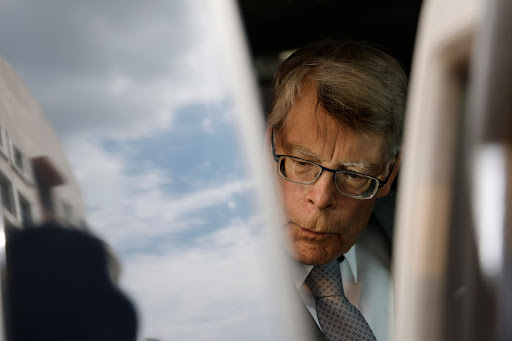 The author of Carrie and It took the stand on Tuesday as a government witness in the justice department’s antitrust suit seeking to block the deal. He said consolidation in the publishing industry over the course of his career has led to lower pay for authors.

“It becomes tougher and tougher for writers to find enough money to live on,” King testified in the federal court in Washington, DC.

If completed, the deal would see Penguin, the largest book publisher and a unit of Bertelsmann, take over Simon & Schuster, the fourth biggest. The government argues the combination will lead to lower advances for authors and fewer choices for consumers.

King’s own books are largely published by Simon & Schuster’s Scribner imprint. He said he stayed with them because they had published authors he idolised and were “muscular” in their dealings with book sellers.

But much of King’s testimony focused on difficulties he perceived for less well-known authors. He said the five biggest publishers have largely squeezed out independent shops, making it harder for fledgling authors to make it into print.

“That is the minor leagues for writers,” King said of independent publishing houses, though he added that new opportunities were cropping up at television streaming services. “The streaming networks have been a gold rush for writers.”

The companies contend internal competition will continue between the Simon & Schuster and Penguin imprints after the merger. King mocked that claim on the stand.

“You might as well say you are going to have a husband and wife bidding against each other for the same house,” he said. “It will be very gentlemanly. It will be, ‘After you. No, after you.’”

US district judge Florence Pan is hearing the case without a jury. The trial, which is expected to last three weeks, comes as the Biden administration has taken a tougher stance against a trend of consolidation within industries.

After a few months of seeking escapism in TV streaming, people rediscovered the joys of reading
Life
1 year ago

On-screen reading is widely accepted, but books are more immersive