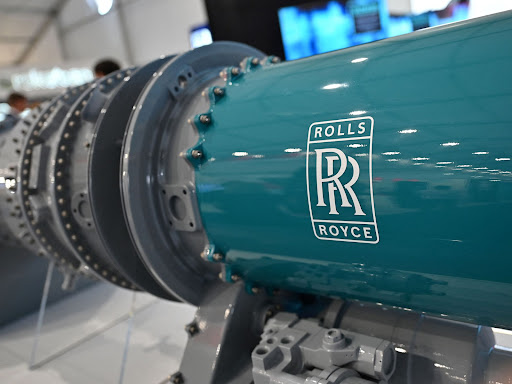 The UK engineering giant posted an underlying operating profit of £125m for the first six months, down from £307m a year earlier and lower than predicted by analysts.

Shares of London-based Rolls fell as much as 8% and were trading 6.9% lower as of 9.37am, extending their decline this year to 31%.

Rolls-Royce has endured a slow recovery from the Covid crisis as lingering barriers to international travel hold back flights with the long-haul aeroplanes it powers, depressing both new sales and revenue from shop visits. East, who exits at the end of 2022, pointed to a £1.1bn drop in cash outflow as a sign of progress and said he sees demand accelerating later into the year.

Flying hours for wide-body engines, a key metric for vital overhaul activity, are still down 40% on pre-pandemic levels, while Rolls-Royce continues to struggle with supply-chain disruption and faces challenges including rising inflation.

Agency Partners analyst Nick Cunningham said in a note that Rolls-Royce’s revival has been a slow one, and that while the first-half results should represent a “crossover point” from loss to recovery, there’s a risk that challenges could “crystallise as real costs in the meantime”.

The company sees large- and business-engine deliveries at 309 for the full-year, the same as in 2021. It issued fresh guidance for the defence business, saying it expects a low double-digit margin as it boosts investment to support future growth and recent orders.

Rolls-Royce also got a boost this week from Spanish approval for the sale of its ITP Aero arm, set to generate proceeds of €1.7bn.

UK aerospace and defence supplier Meggitt separately reported a 27% gain in adjusted first-half operating profit to £78.6m. CEO Tony Wood, a former Rolls executive who was tipped for the top job before East got the role, said he was “encouraged by the strong recovery in passenger demand”.

The company said its £6.3bn takeover by US rival Parker-Hannifin remains on track for completion in the third quarter after UK authorities cleared it in July.