Credit Suisse considers job cuts to get out of the red 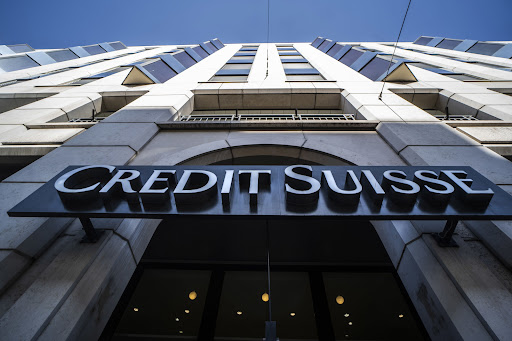 Credit Suisse executives are discussing reducing thousands of roles globally as the struggling European lender seeks to slash its overall cost base by an additional $1bn.

The bank, which began trimming frontline roles in Asia in July, is mulling an aggressive plan to reduce its headcount, which stood at 51,410 at the end of June, said people familiar with the matter, who asked not to be identified.

Credit Suisse is expected to finalise its plans over the next couple of months and is examining inefficiencies in the bank’s middle and back office in addition to the efforts to reshape its investment bank, the people said. Estimates being discussed include cutting several thousand roles over a number of years, the people said, adding that the plans are preliminary and no final decision has been taken.

“We have said we will update on progress on our comprehensive strategy review when we announce our third quarter earnings; any reporting on potential outcomes before then is entirely speculative,” a spokesperson for the Zurich-based lender said.

The cuts are likely to be the deepest since former CEO Tidjane Thiam slashed around 6,000 roles across the firm in 2016 in the wake of unexpected losses on trading positions. Credit Suisse appointed asset management head and former UBS executive Ulrich Koerner to lead the bank last week, replacing Thomas Gottstein in an effort to steer the lender back to profitability after scandals and losses.

Koerner served as UBS’s COO during a four-year period after the financial crisis in which that firm slash headcount by about 15,000.

Credit Suisse has seen a string of departures and has pledged to fundamentally reshape its unprofitable investment bank, so attrition and business exits could bring down headcount in addition to active job cuts. The firm’s staff has climbed by more than 2,000 since the end of 2020, in part as it hired more employees in compliance.

The company has been seeking a turnaround after the blow-ups of Archegos Capital Management and Greensill Capital undermined confidence, weakened key businesses, and spurred an exodus of talent. The Zurich-based bank has changed its entire executive team and half its board of directors in the past 18 months in an effort to move past the crises.

In July the lender said it aims to trim its overall cost base to below 15.5-billion francs ($16.1bn) in the medium term, going well beyond a target of 16.5-billion to 17-billion francs set out in late 2021. The firm reported 16.6-billion francs of adjusted operating expenses over the 12 months ended in June. Including litigation and restructuring costs, the firm’s total expenses in that period were 20.5-billion francs.