Cash-strapped Beyond Meat to cut 40 jobs 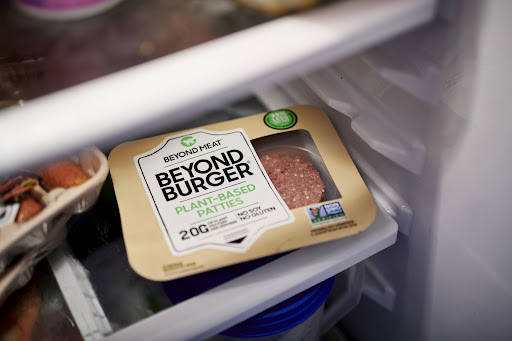 “While difficult, this decision is one piece of our larger strategy to reduce operating expenses and support sustainable growth,” Brown said in the memo viewed by Bloomberg.

Workers from the operations team in multiple locations were affected, according to people familiar with the matter. The company, which reported having about 1,100 employees at the end of 2021, was scheduled to report earnings on Thursday afternoon.

Once a Wall Street darling, Beyond Meat has struggled to turn partnerships with some of the world’s biggest restaurant companies, such as McDonald’s and Yum! Brands, into profitable endeavours. And while the company is a pioneer in the development of plant-based products that imitate meat’s feel and taste, its efforts to ramp up production and create new products have been marred by setbacks. Competition has also intensified.

Even as the company announces new products, it is still figuring out the best ways to make them, sometimes at great expense. On its May earnings call, CFO Phil Hardin described the initial production process for its faux jerky, launched with PepsiCo, as both “expensive and inefficient”.

Wall Street has turned pessimistic as the company’s shares have fallen almost 50% so far in 2022. They declined a similar amount in 2021.

David Trainer, CEO of investment research firm New Constructs, flagged concerns about the company’s cash on hand in a recent research note and in a phone interview.

“Beyond Meat has failed to generate any positive free cash flow since going public in 2019,” Trainer wrote in a note dated August 2. He said the $548m in cash the company had at the end of the first quarter is only enough to sustain its current level of spending through 10 months after the period ended on April 2.

“Raising additional capital to fund further cash burn would likely come at a high cost and be bad news for existing and new shareholders,” Trainer wrote.

In an interview, he said layoffs could help to preserve Beyond Meat’s cash, but “the proof is yet to be seen until we can see how much they can slow the burn”.

CHRIS GILMOUR: Will vegan fast foods ever take off?

CHRIS GILMOUR: Will vegan fast foods ever take off?