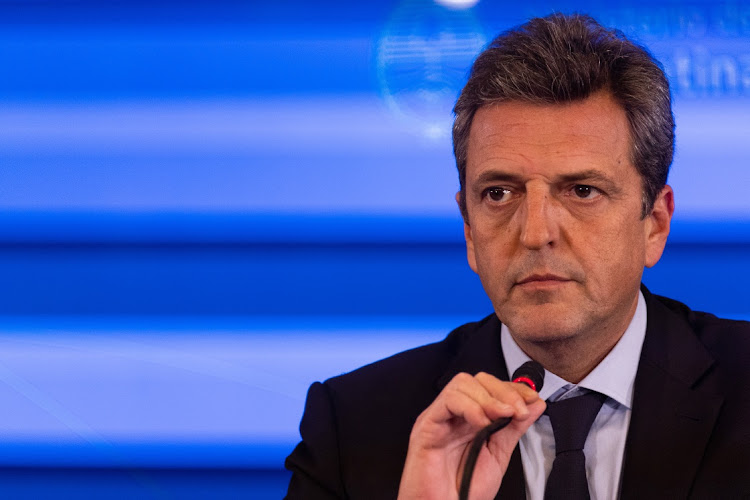 Massa rolled out his economic road map on Wednesday night after being sworn in by President Alberto Fernandez as the third such minister in a month. Massa’s measures also focused on boosting exports, reducing the country’s fiscal deficit and increasing the central bank’s dwindling reserves.

Massa inherits the enormous challenge of taming inflation that’s now over 60% and expected to reach 90% by the end of this year. Cut off from international capital markets, Fernandez’s government has relied on money printing to cover its chronic fiscal deficit.

Argentina’s dollar-denominated bonds edged up on Thursday, with prices for those due in 2030 climbing 0.3c to about 24c on the dollar.

The government will finance its budget by reducing its deficit or via private lending. The country is considering four loan offers by three international banks and a sovereign wealth fund, he said, without providing a figure of the potential deal.

Separately, Massa is launching a voluntary local debt swap in pesos for bonds that mature in the next 90 days. He said that there’s already 60% “adhesion” to the swap, without providing more details at the press conference.

The government began discussions with some banks to offer a so-called dual bond to swap securities with maturities under 90 days, according to people with direct knowledge of the matter. Finance secretary Eduardo Setti offered the dual bond, an instrument in which investors receive the highest rate out of two options at the time of the asset’s maturity. In this case, either an inflation-linked rate or a dollar-linked rate.

A Massa spokesperson didn’t respond to request for comment on the dual bond.

Although light on specifics, Massa committed to meeting the government’s primary deficit target this year, a key pillar of its $44bn programme with the International Monetary Fund (IMF). Massa said he spoke to IMF staff on Wednesday to discuss the programme’s future. An IMF spokesperson said in a statement that its staff spoke to new minister about implementing the programme.

Argentina’s central bank has already printed the equivalent of $4.8bn in pesos so far this year to finance government spending, meaning it only had $1bn left before hitting the ceiling for monetary financing laid out under the IMF programme.

“Massa’s speech had a strong political component and some aspirational components but was weak on the technical aspects that the market was demanding,” said Jorge Piedrahita, managing partner at Gear Capital Partners in New York.

It remained unclear how Massa would reduce the deficit while also providing one-time payments to retirees next week, as well as “income recovery”, for low-wage private sector workers. He mentioned a “reordering” of social welfare plans focused on getting recipients to return to the job market, including suspending welfare plans for those who don’t participate in a hearing on August 15.