Founders see foraged ingredients as a smart business move, and not only because they do not see the cost of it going up by much 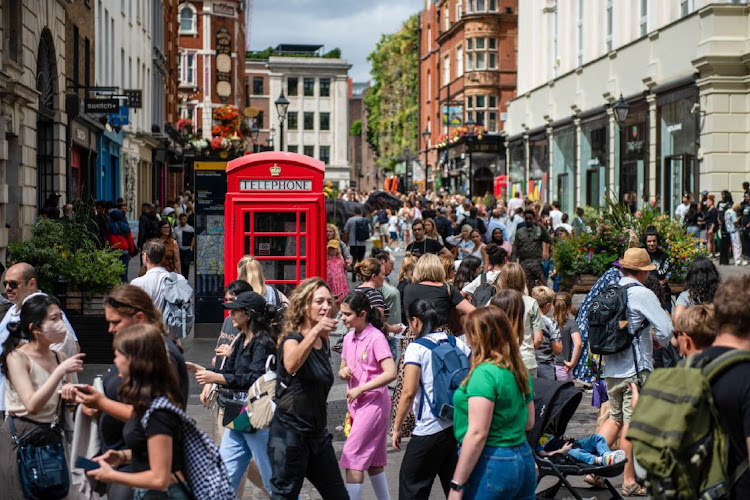 In the corner of a high-end department store in one of London’s wealthiest neighbourhoods, a restaurant offers yesterday’s fish-and-bread scraps.

At Native at Browns in Mayfair, the speciality is food at the cutting edge of sustainability. With the aged seafood starter, there’s seaweed-infused gin martinis garnished with plants from Essex beaches and, most famously, culled English grey squirrel ragu, and common wood pigeon kebab.

These menu options caused an uproar when the Sun splashed a preview on page three under the headline “nutty idea”. Now the place, which opened in April 2021, is packed every night.

“We didn’t do it to be provocative,” says Native co-founder Imogen Davis. “On the flip side it’s not all so serious,” adds co-founder and chef Ivan Tisdall-Downes. “It’s fun for us to find these ingredients and see what we can do.”

Playfulness and resourcefulness are, to them, a key part of their sustainable model.

“How great that people can come to us and have pigeon for the first time or venison or even squirrel,” says Davis.

She and Tisdall-Downes met at the University of Brighton in 2006 and reconnected to create pop-ups and market stalls around London, notably at Neal’s Yard and Borough Market, before launching the dining room at Brown’s fashion boutique. The pair have always focused on foraged ingredients and zero waste and feel sustainability should go beyond name-checking words such as “organic” on menus.

“It’s not about whacking a plaster on something” or “planting trees for something bad that you are doing”, Tisdall-Downes says. “Offsetting carbon and tree planting is going to do [nothing] if the soil is dead.”

We haven’t come from whacking caviar on top of everything and lobster and the most expensive ingredients. We’ve come from the humble beginnings of eating off the land

To be truly sustainable, Davis believes menu items should be dictated by what ingredients are available — such as squirrel. It’s an ethos they learnt early in their careers. Tisdall-Downes began sourcing sustainable ingredients when he worked at the famed River Cottage in Dorset, and Davis learnt how to sustain a business with cash flow after helping at her father’s falconry business.

“We haven’t come from whacking caviar on top of everything and lobster and the most expensive ingredients. We’ve come from the humble beginnings of eating off the land. It makes it more exciting for us, more challenging, and keeps the team interested downstairs,” says Davis.

The prospect of dining on something different makes it more exciting for patrons, too, but there are sacrifices. The daily changing Native menu does include some perennials, such as the fish and bread starter, which uses scraps from whatever fish was being served the day before. But steak won’t be on the menu when the local farmer runs out of beef, meat cuts might vary from diner to diner, and some favourite dishes and drinks are missing entirely.

Unfortunately, the commitment to sustainability means there are no margaritas.

“We don’t have tequila, even though I love margaritas. There’s so much controversy around sourcing something from so far away,” says Davis. Amaretto. Sours, made with water-hungry almonds, are also out, but infusing wild meadowsweet flowers into the alcohol provides an almond flavour for the alternative beverage, appropriately called Meadowsweet Sour. Crucially, the blossoms are abundant in the UK.

The approach seems to be working: the restaurant is full every day. Research teams from Waitrose and Marks & Spencer have come in with notepads and order the whole menu, according to Davis. “We have an ongoing joke that if they put our bone marrow caramel on their menu ... [raises fist in mock anger],” she says.

“We are always looking to discover new ingredients, and Native have inspired us with their use of seasonal and wild food,” said Martyn Lee, Waitrose product innovation manager and executive chef, in an email.

If there’s any knock on the restaurant, it’s for the prices, which reflect the upscale Mayfair neighbourhood: those pigeon kebabs go for £16, a char sui pork neck is £28, and the bone marrow caramel dessert costs £12.

Davis and Tisdall-Downes have advice for other businesses that are interested in reducing their environmental impact, including supermarket chains with billions of pounds in revenue: think a little differently about how to source ingredients.

“The ideal scenario is that towns rely on what is grown locally. Schools and hospitals should be growing their own produce and not relying on massive corporations,” says Davis.

In a time of food price inflation and concerns about food security, moving towards wild meat and foraged ingredients might also be a clever business move. Says Tisdall-Downes, “They can’t increase the cost [of squirrel] by much, can they?”

Six years since opening, the popular Rosebank eatery has refreshed its space and it’s looking better than ever
Life
3 weeks ago

Denmark continues to dominate the dining awards, with Copenhagen’s Geranium at No. 1 and SA's Fyn making it's first appearance in the Top 50 list at ...
News
4 weeks ago