The cartel will give a tight market extra supplies at a much slower pace than in recent months, despite pressure from the White House to help cool prices 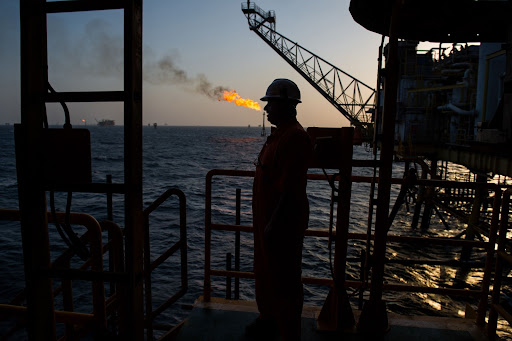 OPEC+ responded to months of diplomatic efforts from US President Joe Biden with one of the smallest oil production increases in its history. Picture: BLOOMBERG

Opec+ responded to months of diplomatic efforts from US President Joe Biden with one of the smallest oil production increases in its history.

The cartel will add only 100,000 barrels a day of oil in September, giving a tight market extra supplies at a much slower pace than in recent months, despite pressure from the White House to help cool prices.

The 23-nation alliance will divide that amount proportionally between members, and with only the Saudis and the UAE able to bolster production, just a fraction of it is likely to be delivered. For July and August, the group had pledged to add more than 600,000 barrels a day to the market.

The increase offers little respite for consumers suffering the inflationary squeeze of high oil prices. Brent crude erased earlier losses and was little changed at $100.59 a barrel as of 3:10pm in London.

“From a global balance perspective, today’s minuscule quota increase — the smallest since 1986 in absolute terms and smallest ever in percentage terms — is noise,” said Bob McNally, president of Washington-based consultant Rapidan Energy Group and a former White House official. “Though, if pump prices keep falling, the White House will likely claim credit.”

At the end of the day, we’re not looking at numbers of barrels, we’re looking at: are oil prices coming down from their highs?

Ministers endorsed the proposal at an online meeting on Wednesday, according to a statement on the Opec website. There were no discussions about whether the organisation and its allies would keep increasing production in subsequent months, delegates said. The group meets again on September 5.

After Biden’s trip to Saudi Arabia, US officials had said they were optimistic that Riyadh and Washington were on a path towards reconciliation. During his visit, when he greeted Crown Prince Mohammed bin Salman with a fist bump, the president said he expected further steps from the kingdom in terms of oil production. Late on Tuesday, the US approved the sale of $3.05bn of weapons including Patriot missiles to the Middle East heavyweight.

Opec+ had shown some goodwill towards consumers in recent months, fast-tracking the production increases in July and August that completed the reversal of their Covid-19-era curbs. The Saudis ramped up output to 10.78-million barrels a day last month, according to a Bloomberg survey, a level pumped only on rare occasions.

“We saw that Opec increased their supply in July and August, quite significantly, and now they’re continuing that,” Amos Hochstein, the state department’s senior adviser for global energy security, said in an interview in Washington. “At the end of the day, we’re not looking at numbers of barrels, we’re looking at: are oil prices coming down from their highs?”

There’s been a “remarkable” drop in crude prices in recent months, but the Biden administration wants to see them go even lower, Hochstein said.

Opec+ delegates said before the meeting that they saw no immediate need to replace supplies from coalition member Russia, which have proven robust despite sanctions over its invasion of Ukraine. Opening the taps freely could also have strained relations with Moscow.

“There are uncertainties on the market that need to be taken into account” such as new Covid-19 strains and restrictions on Russian petroleum sales, Deputy Prime Minister Alexander Novak said in an interview with state Rossiya 24 TV. “Therefore, such cautious decisions are taken today.”

Delegates had also said before the meeting that the group’s limited reserves of spare production capacity were best kept for later in the year, when crude markets look set to tighten as the US winds down its release of emergency stockpiles. Idle supplies in the Middle East are down to “razor-thin” levels of about two-million barrels a day, or 2% of world demand, according to the International Energy Agency (IEA).

Opec+ ministers noted in their final communique after Wednesday’s meeting that “the severely limited availability of excess capacity necessitates utilizing it with great caution.”

Opec+ sources said the group will consider keeping oil output unchanged for September, with two sources saying a modest increase would be discussed
Markets
2 weeks ago

The comment comes at a time when capacity at members of the Opec oil cartel is running low, with most producers pumping at maximum capacity
Markets
1 month ago
Next Article