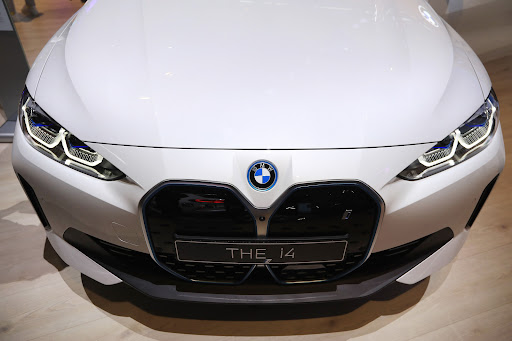 The Munich-based manufacturer sees vehicle orders normalising towards the end of the year, particularly in Europe, it said on Wednesday. Current order books are at an all-time high because of pent-up demand due to the ongoing semiconductor shortage.

“For new incoming orders, we register a reduction compared to last year,” BMW CEO Oliver Zipse said on a call with reporters. The retreat is most noticeable in Europe among the 1- and 2-Series compact vehicles while demand for BMW’s lucrative X-Series SUVs and the 5-Series sedans is still strong, he said.

Demand for electric vehicles has stayed strong across the board and battery-only cars are set to account for 10% of total deliveries this year, he added.

BMW stuck to a forecast of automaking returns at between 7% to 9% for the year on the back of strong vehicle prices and model line-up, as well as demand for used cars. The manufacturer also said it won’t be able to fully pass on rising materials costs with internal savings helping to soften the blow.

The company is sounding an early warning bell even as car demand has remained high so far amid a worsening global economic outlook and record inflation. Mercedes-Benz and others have raised their expectations for the year recently while warning that economic risks are building.

BMW is the first carmaker “to signal caution on the demand”, Bernstein analyst Daniel Roeska said an a note. “This implies weakening sentiment today, even as production ramps up across the sector.”

The shares slumped as much as 6.2% in Frankfurt, the most since March 10.

The carmaker is also stepping up preparations for a potential gas shortage in Europe. BMW runs 37 gas-powered facilities that generate heat and electricity at its factories in Germany and Austria and is considering turning to local utilities instead.

“Shifting energy generation in that magnitude is not trivial and will be very expensive,” Zipse said.

He also joined warnings by plastics maker Covestro about the  impact of a total gas supply shutdown on the broader supplier network.

“It’s not our direct suppliers, but the suppliers of our suppliers, those whose production is dependent on process gas” who are at risk, Zipse said. “For them, production will come to a standstill pretty soon if natural gas is completely cut off.”