The money would be used to ‘enhance’ the quality of debt by providing guarantees, 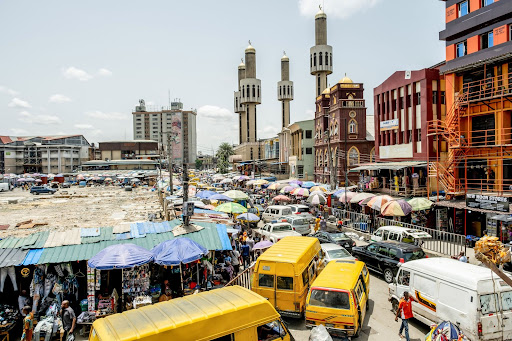 A Bill & Melinda Gates Foundation-backed think-tank is seeking $50bn in backing to help African nations with distressed debt to re-enter capital markets and to protect against future defaults.

The amount is the “median estimate” of what’s needed, said Daniel Cohen, chair of the Paris-based Finance for Development Lab (FfDL), which was launched in July. The money would be used to “enhance” the quality of debt by providing guarantees, and may also be employed to help African commodity exporters and importers hedge against price fluctuations, said Cohen, who is also president of the Paris School of Economics.

Some African nations, which rushed into capital markets as global interest rates fell to record lows, are on the verge of default because of the economic impact of the Covid-19 pandemic and Russia’s invasion of Ukraine. Zambia has already reneged on its debt. Investors, anticipating a wave of restructurings, are demanding a high risk premium from the most vulnerable countries, pricing them out of the market.

The sovereign dollar bonds of African nations, on average, trade at 1,007 basis points above US Treasury yields, fulfilling a widely accepted definition of debt distress. Zambia’s debt hovers at 3,699 basis points, Ethiopia’s at 3,489 points and Ghana’s at 1,989 basis points.

“Is this a failed experiment, something that lasted as long as cheap money was the name of the game post sub-prime?” Cohen said. “Is the game over and we never see, and I don’t want to name a country, but we never see them back in the market?”

The company, which develops proposals and would want an established institution to house the facility, includes representatives on its steering committee from the UN Economic Committee for Africa and think-tanks from Santiago and Accra to New Delhi. World Trade Organization director-general Ngozi Okonjo-Iweala attended its launch.

The Gates Foundation provided $2.6m in September 2021 to kick-start the project.

“Last year, we had conversations with passionate thinkers affiliated with the Paris School of Economics, who brought new ideas and energy to the financing debate — from francophone Africa to the Paris Club to the private sector,” the foundation said in a response to questions. “We jointly thought about a new organisation with a vision to create an engaged community of think-tanks and research centres that could help provide new, yet practical and evidence-based proposals. Ideas to meet the financing challenges of today.”

Cohen said he’s begun talking to politicians, including those in France, about contributing to the fund. Contributions could come in the form of International Monetary Fund special drawing rights, he said.

The FfDL is proposing offering rolling interest-payment guarantees and a debt-restructuring and facilitation facility to provide cash “sweeteners” to creditors to cut the length and cost of restructuring negotiations, it said in a document.

Such a mechanism is necessary to help countries re-enter the market, Cohen said.

“Either they are locked out of the market or they can re-enter, provided they are enhanced by some form of guarantee,” he said. “This kind of mechanism would be needed to restore access to the market. There will be a lot of restructuring in the years to come. Some cash could have a big leverage.”

The alternative is that countries locked out of capital markets will need to depend on grants and multilateral development banks for their financing needs, he said. Other  institutions  are looking at solutions to rising debt costs. The African Development Bank’s President, Akinwumi Adesina, said in an interview that the lender is looking to offer “low-interest, long-term money.”

The FfDL is also proposing a protection against commodity fluctuations by guaranteeing margin call payments triggered by rising prices.

“Tell us how much money is on the table and we will tell you how many people we can get under the protection of this umbrella,” Cohen said.

“We are thinking of a parallel group of Chinese scholars thinking of the role of China, the main creditor to Africa,” he said.