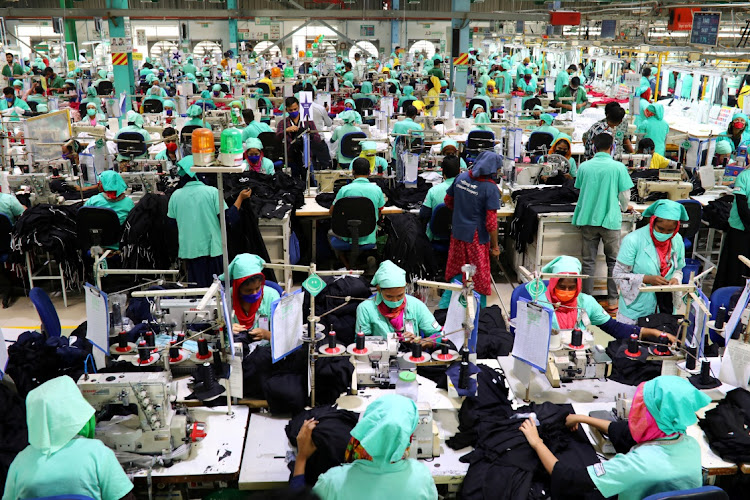 Bangladesh’s garment industry, the world’s number-two exporter after China, is facing a double whammy from slowing global demand and an energy crisis at home that’s threatening to thwart the nation’s pandemic recovery.

“Retailers in both European and US markets are either deferring the shipments of finished products or delaying orders,” he said in an interview. “As inflation is soaring in our export destinations, it has a serious impact on us.”

Waning orders are a risk to the economy, where the garment industry makes up more than 10% of GDP and employs 4.4-million people. It couldn’t be happening at a worse time for Bangladesh as authorities are resorting to productivity-killing power cuts to preserve fuel reserves amid a region-wide energy crisis, caused in part by the war in Ukraine.

“Uninterrupted energy supply is the key to delivering products in time,” Hoque said. “We’re facing a combination of multiple problems at home and abroad.”

As the energy crisis struck, the cost of doing business has surged. Standard Group, one of the leading exporters that supplies to Gap and H&M, depends on generators for at least three hours a day to power up its dyeing and washing units in the manufacturing hub of Gazipur on the outskirts of Dhaka.

“The cost of electricity from generators is three times what we get from the national grid, because diesel is costly,” Atiqur Rahman, chairman of Standard, said in a separate interview. “We can’t keep our dyeing and washing units shut due to the power outage. If we do, all the fabrics will go to waste.”

Add to that is the euro’s weakness against the dollar that’s eroding the appeal of Bangladesh’s exports, which are priced in dollars.

“Clothing is a discretionary item,” said Charlie Robertson, global chief economist at Renaissance Capital. “If your energy bill in Europe is shooting up, then people have to cut back on discretionary spending and clothes will be one of those areas,” he said.

Concern in the South Asian nation’s garment industry is reminiscent of cancelled orders in the early days of the pandemic. Clothing exports fell to a five-year low of $27.95bn in the fiscal year to June 2020, before staging a recovery. The nation saw garment exports climb to a record $42.6bn in the year ended June, accounting for 82% of total exports.

And there’s a regional contagion effect from Sri Lanka, said Robertson, pointing to Pakistan’s exports getting “so much cheaper”, because of its currency’s weakness. “That adds to pressure on Bangladesh and key export markets like Europe will be buying less textiles” as sales growth takes a hit.

Bangladesh has sought a loan from the International Monetary Fund (IMF), the latest South Asian nation to ask for assistance as costlier oil eats into the region’s dollar stockpiles.

Foreign-exchange reserves in Bangladesh slipped to $39.79bn as of July 13 from $45.33bn a year earlier. That’s enough to cover roughly four months of imports, slightly higher than the IMF’s recommended three-month cover. The country’s trade deficit widened to a record $33.3bn in the fiscal year ended June.