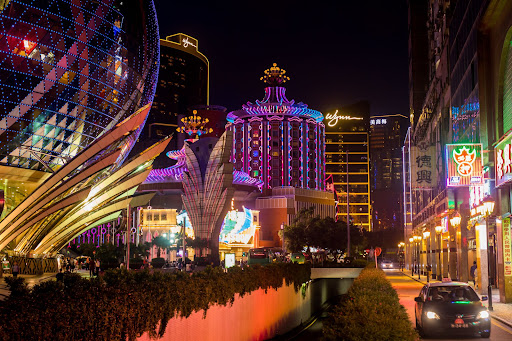 Macau’s casinos are set to report their lowest ever monthly revenue in July as the city cautiously eases curbs that have hammered the gambling hub.

Gross gaming revenue likely fell 97% to 253-million patacas ($31.3m) , according to the median estimate in a Bloomberg News survey of nine brokerages. That beats the previous low of 716-million patacas reported in June 2020 and would be 99% lower than pre-pandemic levels in 2019. The Gaming Inspection & Coordination Bureau will release figures later Monday.

Authorities will further relax social-distancing rules from Tuesday after eliminating community spread of the virus, allowing venues such as bars and gyms to reopen and dining-in services at restaurants to resume. Still, patrons will need to show a negative nucleic acid test result to enter those venues. The border with the mainland remains shut.

That means little hope of revenue growth recovering from the slump it’s been in since March as virus outbreaks in China, Macau’s biggest source of visitors, led to a tightening of outbound travel, and a crackdown on cross-border gambling saw tougher rules around issuing visas. The situation deteriorated in mid-June when the gambling hub was hit by its largest ever flare-up, prompting the mainland to suspend quarantine-free travel and throttling the city’s tourism lifeline.

While small by global standards, swelling case numbers spurred an almost two-week citywide shutdown that was partially eased on July 23 and still leaves casinos with few gamblers and bleeding millions of dollars in cash every day.

The downturn has already seen the city lose its title as top gambling hub to Las Vegas. And China’s strict adherence to Covid Zero policies like lockdowns and movement curbs, which have become increasingly challenged in the face of highly transmissible variants, portends more pain to come. Macau needs infections to hold near zero to bolster the case for reopening the border and welcoming back tourists.

“You are stuck in this zero Covid situation where it’s unclear when the government’s actually going to do anything about it,” said Sanford C. Bernstein analyst Vitaly Umansky. Border restrictions are constraining the potential recovery for Macau, he said.

Though China also suspended quarantine-free travel with Macau for months in 2020, the city’s junket operators, which provided services and credit to high-rollers, were still bringing in some customers, said Umansky.

But that industry has been largely dismantled since late last year when China began its campaign against illegal gambling activities that facilitated capital flight, which saw two of the enclave’s top junket bosses arrested.

“The reality is right now there’s nobody in Macau,” Umansky said.

A Bloomberg gauge of Macau’s six gaming operators fell 1.4% on Monday, taking this year’s slump to 18%.

Las Vegas Sands’s Macau operations posted a loss of $110m (R1.8bn) before interest, taxes, depreciation and amortisation in the quarter through June, which doesn’t capture the shutdown. That compares with a profit of $132m (R2.17bn) a year earlier and $765m (R12.6bn) in 2019. Its Singapore gaming resort reported $319m (R5.2bn) in ebitda, which is 92% of pre-pandemic levels.

While other casino operators in Macau haven’t reported their results yet, analysts surveyed by Bloomberg estimated the industry could see a combined loss of about $500m (R8.2bn) for last quarter. In the first six months of this year, the city recorded $3.3bn (R54bn) in gaming revenue, compared with $4bn (R66bn) for the Las Vegas Strip. Before the pandemic, the Chinese territory’s gambling market was six times the size of the Nevada city.

Macau shuts casinos and other businesses to contain Omicron variant

Macau shuts casinos and other businesses to contain Omicron variant