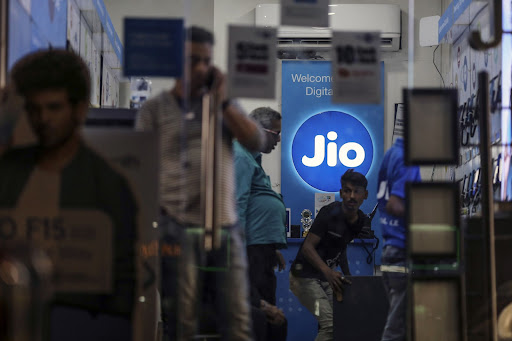 Billionaire Mukesh Ambani-led Reliance Jio Infocomm spent more than $11bn, emerging as the top buyer in India’s airwaves auction on Monday as it sought to cement its edge over the rivals.

Smaller rivals Bharti Airtel and Vodafone Idea spent 430.8-billion rupees and 188-billion rupees, respectively, as some of the country’s richest tycoons faced off for 5G rights that could decide who dominates the digital era in a country of billion-plus people.

Adani Data Networks, the surprise entrant from Gautam Adani’s conglomerate, bought airwaves across six Indian states for 2.12-billion rupees in its debut auction, allaying fears of a bigger telecom play for now. The firm, controlled by Asia’s richest person, had said it was buying airwaves to build a private 5G network after the initial frenzy around its entry in July.

The latest auction spending by Ambani’s retail-to-refining conglomerate underscores its transformation from being an energy giant to a tech titan — a process that can be accelerated with the help of speedy 5G airwaves. Bharti and Vodafone Idea also need 5G networks to claw back market share from Reliance Jio as well as bolster their profits.

“The current auctions have played out much as they would have, with the incumbents divvying up the lion’s share in proportion to their size and scale,” said Utkarsh Sinha, MD at Bexley Advisors, a boutique investment bank in Mumbai.

While Adani’s entry probably urged the operators to bid “more aggressively”, the ports-to-power group “bid the way they said they would — for private networks.”

Reliance Jio will “rollout the world’s most advanced 5G network across India”, it said in a statement, adding that its “unique 700MHz spectrum footprint will make it the only operator providing true 5G services across India”.

Bharti followed “a deliberate strategy” to acquire spectrum at a “substantially lower relative cost” compared with its competition, CEO Gopal Vittal said in a statement on Monday. “This will allow us to raise the bar on innovation” and provide the best 5G experience in India, he said.

It also marked the first time the Adani Group and Ambani-led firms were vying for the same asset, making it a keenly watched contest as telecom operators and analysts tried to map the former’s ambitions in the sector. Ambani disrupted India’s telecom sector in 2016 with ultra-cheap services and has dominated it since.

The airwave auction will bolster the Narendra Modi-led government’s finances at a time when it seeks funds to tame inflation and rein in the fiscal deficit. The bidding amount surpassed estimates by rating company ICRA, which said in June that the spectrum sale could raise as much as 1.1-trillion rupees.

India will get 133.65-billion rupees upfront from the auction, the minister said.

Solar power gets more expensive as cost of materials soar

Prices of polysilicon, the key material in solar cells and wafers, rose 15% since mid-May amid Chinese factory shutdowns
News
1 week ago
Next Article