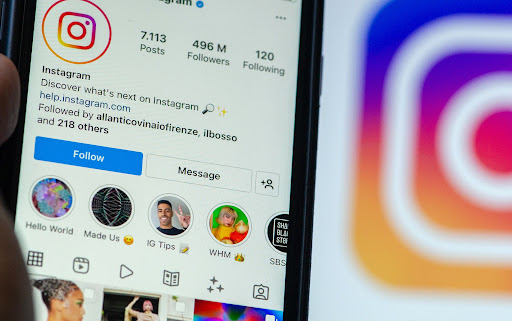 Reels — the short videos that Facebook and Instagram are pushing — are getting more popular, parent company Meta Platforms says. The hard part will be turning that attention into advertising revenue.

Advertisers say that the format, which Facebook copied from ByteDance’s hot app TikTok, is difficult to get right. Videos are more complicated than still images, the cultural trends are always changing, and users expect Reels to be entertaining, enjoyable and relevant to each individual person — including the ads — as they take up an entire phone screen.

“You have to make more compelling content because the consumer, the viewer — their guard against bad content is up higher than ever,” says Barry Hott, an advertising consultant whose clients spend hundreds of thousands of dollars on digital ads per month.

Meta executives on Wednesday asked for patience, after reporting the company’s first-ever decline in quarterly revenue. Meta has been pushing Reels to keep up with shifting consumer tastes and ensure that users will remain engaged with its apps. If attention doesn’t grow, advertising revenue doesn’t either.

The first step of the process has worked: Reels led people to spend more time on Facebook and Instagram, the company said on Wednesday. Users are spending 30% more time on Reels than they did in the prior quarter. But until advertising spending follows, the shift is hurting Meta’s business in the short term, by cannibalising attention from features where the company makes a more predictable stream of revenue, Meta explained.

It’s a rough time to reinvent the business, as advertisers are cutting their budgets in general due to economic uncertainty. “We could mitigate the short term headwind by pushing less hard on growing Reels,” Meta CEO Mark Zuckerberg acknowledged on a call with analysts. “But that would be worse for our products and business longer term.”

Reels, like TikTok videos, go viral when they capture the attention of people who don’t follow their creator. That raises the bar for what’s considered a good Reel. “The best way for clients to look at it is: Make something that’s entertaining first, and think of it as an ad definitely second,” said Gil David, founder of the advertising firm Run DMG, who said most marketers post the same ads to both Facebook and TikTok. Because Reels require an extra investment in creativity, adoption of the format is slow for many marketers. David said that his clients set aside money for ads that run in both Reels and Stories — a disappearing post format Meta launched in 2016. Reels only makes up 5% to 10% of that pot.

Terry Whalen, who runs a boutique digital advertising firm focused on e-commerce companies called Sum Digital, has seen the same. The firm’s clients spend about 6% of their collective Stories and Reels budget on Reels ads right now, up from just 1% at the beginning of the year. It’s still a very small piece of advertisers’ overall strategy, with the format accounting for less than 1% of clients’ overall ad spending in the first half of the year, he said.

Meta acknowledges the challenges. “The idea is to help businesses really easily create those Reels ads, really easily test them, so they can iterate and keep improving as we do this,” COO Sheryl Sandberg said on Wednesday. The company said so far, Reels are generating ad revenue at an implied rate of $1bn (R16.5bn) a year and growing at a faster clip than it saw a few years ago with Stories.

Officially, the company encourages advertisers to “test and learn,” by doing things like placing Reels ads into existing campaigns and letting its artificial intelligence ranking system put more money behind the videos that perform best. It’s also rolled out a programme called Reels School, a workshop that trains businesses on how to use the product. On Wednesday’s call, Sandberg also said the company is investing in artificial intelligence that will help turn static images with music into something with motion that looks more like a video.

Unofficially, some Meta employees have encouraged advertisers to test short-form video ads on TikTok first, and bring the best-performing ones over to Reels, according to multiple ad buyers. While it may lead to more revenue for TikTok in the short term, the thinking inside Meta is that it will weed out the bad ads before they ever get to Meta’s products.

The company cares about the quality of Reels in part because it’s making another simultaneous big bet: filling users’ feeds with content from accounts they don’t already follow. That way, the algorithm can start to suggest new content people haven’t asked for, in a bid to keep their attention for longer. Right now about 15% of the content in a Facebook users’ feed is from accounts they don’t follow; on Instagram, the percentage is higher. Meta said the proportion will more than double by the end of next year.

The algorithmic change has spurred intense backlash from users, prompting Adam Mosseri, the head of Instagram, to pull back temporarily, according to a Platformer report on Thursday. “We definitely need to take a big step back and regroup,” Mosseri told Platformer. “It’s super important for us to explain our reasoning, to set expectations, to talk about where we're going before we go.”

Still, Instagram is turning more videos into Reels. On the app, every video someone posts that’s less than 15 minutes long will be automatically branded a Reel. If it’s made by a public account and lasts fewer than 90 seconds, it will be eligible for distribution beyond the person’s followers, Instagram said this month. A top priority is improving artificial intelligence tools that can better identify users’ interests and the content they’d be interested in. Reels and AI made the shortlist of places the business will continue investing in, even as it cuts back on spending writ large amid broader economic uncertainty.

Even if an advertiser hits exactly the right notes with their Reel, the success isn’t necessarily repeatable. “The niche nature of audiences plus the speed at which the tone changes is kind of head spinning,” said Natalie Silverstein, chief innovation officer at influencer marketing firm Collectively. “Something that was fine a month ago is now super cringe.”

Marketers that don’t want to take the plunge into the new format risk losing some access to Meta’s 2.9-billion daily users. “I think we’re on track here,” Zuckerberg said, “we just need to push through this one.”