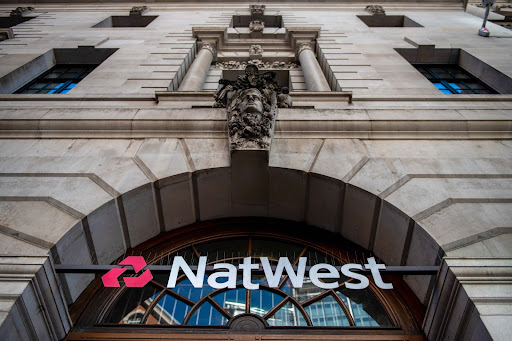 NatWest beat expectations in the second quarter and announced a special dividend as it saw steady customer activity through mounting economic headwinds.

Shares in the bank jumped as much as 9.5%, the most since November 2020, and hit their highest level in five months.

The UK’s biggest corporate lender posted an operating profit before tax of £1.4bn (R28bn). That’s slightly below last year but ahead of analyst predictions. The bank released limited provisions for souring loans, surprising analysts who had expected it to set aside more.

“We’re very aware of the challenges that people are facing but as we sit here today we are seeing no signs of distress or default,” CEO Alison Rose said on Bloomberg Television. “Households have a buffer in terms of the cash deposits and there is still a huge amount of liquidity sitting on corporate and business balance sheets.”

The bank will pay 3.5 pence per share as an interim dividend and plans issue a special dividend of 16.8 pence with share consolidation, partly to avoid increasing the UK government’s ownership of the firm.

NatWest also upgraded its outlook for the year, saying it now expects income of about £12.5bn, up from £11bn previously.

The bank will also take €900m in charges, mostly next year, as it continues to sell its Ulster Bank business in Ireland. NatWest said that excluding the operations it’s preparing to exit, its group operating profit was £1.5bn.

UK inflation hit a new 40-year high in June, intensifying the cost of living crisis and heaping pressure on the Bank of England to deliver aggressive interest-rate hikes. NatWest warned in April that the outlook could deteriorate for borrowers as inflation started to bite.

The lender announced £4m funding to provide debt advice and support, working with organisations including Citizens Advice, and said it will freeze fees on business current accounts for 12 months to help small- and mid-sized firms.

Once one of the world’s largest banks, NatWest has been transformed into a largely domestic retail lender. NatWest is still part-owned by the government after one of the costliest bailouts of the financial crisis over a decade ago.

NatWest’s upbeat earnings follow rivals Lloyds and Barclays, which said this week that customers were coping well with cost pressures so far as they took modest provisions for loans that could become distressed.