The Franco-Dutch carrier will operate 80% to 85% of pre-pandemic flight volumes during the current period, a drop from the up to 90% forecast in May 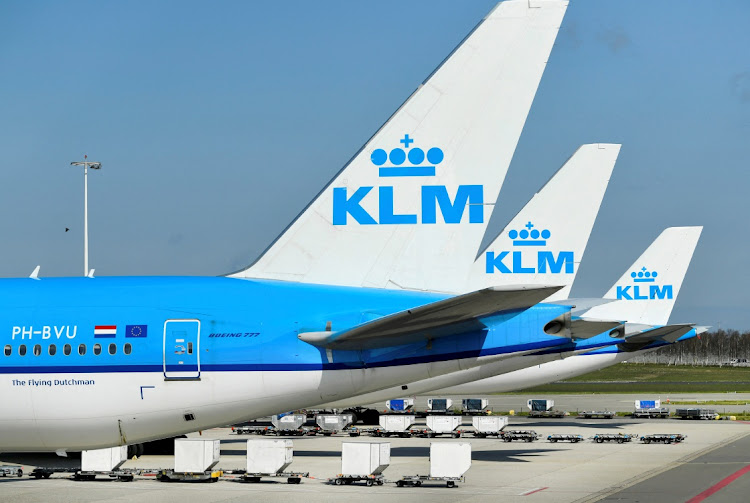 Air France-KLM plans to raise capacity closer to 2019 levels by the end of the year, later than previously expected after battling soaring demand in the peak summer season.

The Franco-Dutch carrier will operate 80% to 85% of pre-pandemic flight volumes during the current period, a drop from the up to 90% forecast in May. It’s planning to reach that level in the last three months of 2022 instead.

The airline reported better-than-expected net income of €324m (R5.5bn) in the three months through June, according to a statement Friday. That’s the group’s first positive result since the end of 2019.

The earnings were fuelled by a surge in demand for air travel that has since overwhelmed the industry, especially in Europe where airport staff shortages and strikes have created periods of chaos at major hubs,

“The strong recovery we see this summer is putting the entire aviation industry to the test,” CEO Ben Smith said, adding that disruption is likely to persist due to staff shortages and supply-chain issues. The group will pay €70m in compensation costs to travellers who lost out.

The shares gained 3.9% as of 9.22am in Paris, and are trading at the highest level in more than a month.

Air France-KLM had to cancel flights this month at budget carrier Transavia because of a strike, while its French arm pared back operations at its Paris hub due to labour strife. The group has also been hit by severe personnel constraints at its second hub in Amsterdam, which has capped the number of passengers that can fly through the airport.

North American traffic has in contrast been booming, fuelled by the strong dollar. Levels are above those seen in 2019, said CFO Steven Zaat.

The group has been shoring up its balance sheet to repay state aid that enabled it to survive the pandemic.

Air France-KLM has raised €2.8bn of the €4bn target announced in February, saying Friday that possible hybrid bond issuances of as much as €1.2bn could come this year or next.

The carrier is aiming to reimburse three quarters of the aid by year end, a move that would trigger a lifting of rules imposed by the EU on bailout recipients, such as a ban on acquiring more than a 10% of a rival.

After a series of bailouts to get Air France-KLM through the worst of the Covid-19 crisis, the French state holds a stake of about 29% and the Dutch government 9.3%. Shipping company CMA CGM bought a 9% stake as part of an air cargo pact.