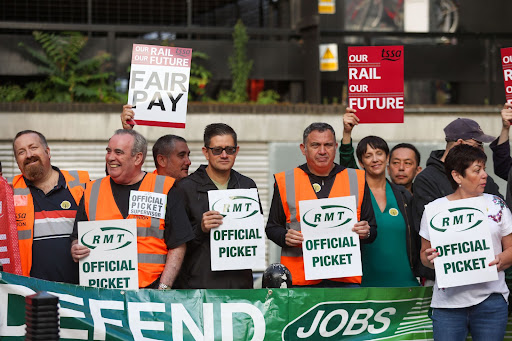 Unions announced another day of strikes by train drivers on August 13, building on industrial action that closed much of the UK rail network on Wednesday.

The Aslef labour group said drivers voted for another strike across nine train companies as part of an ongoing dispute over pay. They are already due to strike against seven companies on Saturday, while action by a separate union crippled most of Britain’s rail network on Wednesday. The walkout by 40,000 members of the National Union of Rail, Maritime and Transport marked the fourth day of action by the group this summer.

RMT boss Mick Lynch responded on ITV that track operator Network Rail had made a set of proposals that are “unacceptable” and not in line with soaring inflation. Aslef general secretary Mick Whelan echoed his position.

“With inflation running at north of 10% that means drivers have had a real terms pay cut over the last three years,” he said. “We want an increase in line with the cost of living.”

With the port of Dover facing delays as the summer holiday period gets busier, British Airways pilots pressing for a new pay deal and London Heathrow airport warning that a passenger cap could remain in place through next summer, there’s little sign of relief for beleaguered travellers.

And while Britain may be the epicentre of the chaos, much of Europe is suffering, with Deutsche Lufthansa scrapping most of its flights at its German hubs on Wednesday as ground staff walked out.