After leading the race in every round of voting, Sunak now trails the foreign secretary by a wide margin 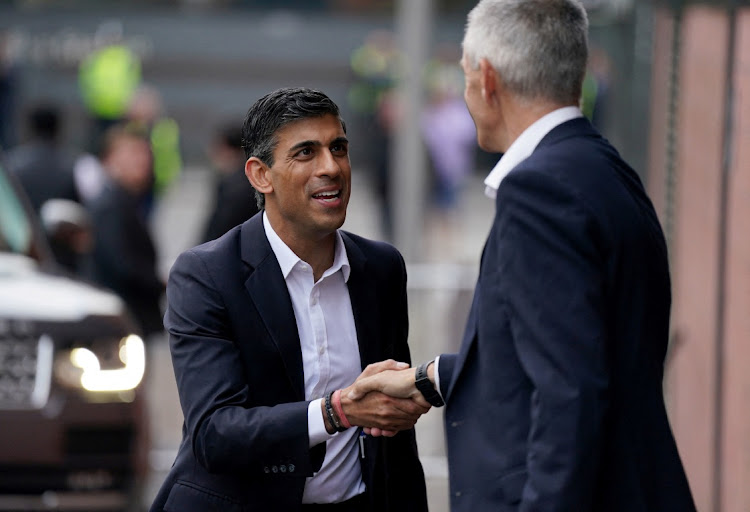 Rishi Sunak’s surprise announcement that he would scrap VAT on domestic energy bills if he becomes prime minister represents a strategy shift as he seeks to revive his chances of winning the Conservative Party leadership race.

The former chancellor of the exchequer spent the early stages of the contest defining himself as the sensible candidate who would eschew populist policy announcements such as immediate tax cuts, insisting a cautious approach to the economy was essential to avoid stoking inflation. He went as far as to suggest that his rival Liz Truss’s plan for a raft of immediate tax cuts was “immoral”, piling debt onto future generations.

But after leading the race in every round of voting among Tory MPs, Sunak now trails the foreign secretary by a wide margin in polling among the grassroots party members who will make the final choice about their new leader.

As evidence mounted that his status quo campaign was not cutting through, his own strategists appear to have accepted a change in tack is required if he is to have any hope of overturning that deficit.

The year-long promise to scrap VAT on energy bills has the advantage that Sunak can portray it both as assistance to ordinary Britons struggling with the rising cost of living, and a benefit of Brexit — a policy the UK could not pursue while still in the EU.

But it has also raised eyebrows in the Conservative Party, with one Tory MP who is supportive of Truss saying her team will draw encouragement from the move and see it as a sign of Sunak’s increasing desperation.

Other Truss backers seized on it as evidence of the former chancellor flip-flopping, because he had opposed the move earlier this year, saying it would “disproportionately benefit wealthier households”.

“I’m very pleased actually that he’s now done a bit of a U-turn; a screeching handbrake U-turn,” Business Secretary Kwasi Kwarteng — a prominent Truss backer, told GB News on Wednesday. “The reason he’s doing that is because he is under pressure, he knows that his tax-raising agenda isn’t working.”

Sunak’s team insisted the plan is consistent with his broader approach to the economy, and said the VAT cut is not inflationary. Bloomberg Economist Dan Hanson estimates the plan will cost £4bn and shave about 0.4 percentage points off inflation in October.

But the shifting stance leaves the contender open to one of his opponents’ main attack lines during the leadership race: that he is now claiming to support policies  he opposed or blocked in government.

Truss supporters have argued that on issues such as Russia sanctions, a plan to deport migrants to Rwanda, the relationship with China and plans to overhaul the part of the Brexit deal relating to Northern Ireland, Sunak is now supporting a harder line that he was not previously keen on when in government. Sunak’s campaign has denied that he opposed those policies while he was chancellor.

With another week to go before ballot papers go out to Tory members, it remains to be seen whether Sunak’s strategy shift towards punchier policy announcements will be enough to win over those who now favour Truss.

Polling after the candidates’ first head-to-head debate on Monday put Truss as a clear winner, while Tuesday’s second debate ended early after the presenter fainted.