Authorities move people to safety after strongest inland tremor since 2013 razes part of historic city of Vigan, but no tsunami warning 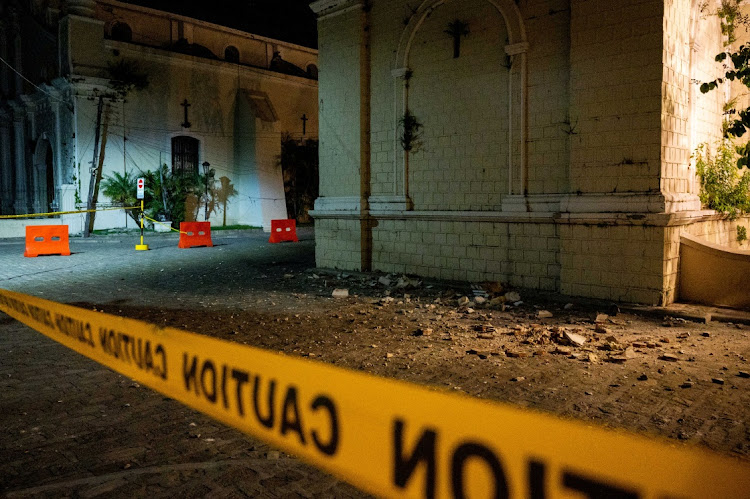 A view shows the debris from a damaged church following an earthquake in Vigan City, Ilocos Sur, Philippines on July 27 2022. REUTERS/LISA MARIE DAVID

The tremor was recorded at 8.43am local time, and originated in Abra province on the main Luzon island’s northern portion, the Philippine Institute of Volcanology and Seismology said. Aftershocks are expected, it added.

The earthquake is considered a “major” one, and “can be devastating”, CNN Philippines quoted the institute’s director Renato Solidum as saying. It’s the strongest inland earthquake since the tremor in central Philippines in 2013, he said at a televised briefing.

President Ferdinand Marcos jnr, who hails from northern Philippines, will fly to affected areas once it’s safe for him to do so, press secretary Trixie Cruz-Angeles said. The leader has dispatched rescue and relief teams to Abra, she said.

Eric Singson, mayor of Candon City in Ilocos Sur province, asked constituents to get out of their houses, anticipating after shocks, he told DZMM radio. Patients in a hospital in Abra were transferred to tents, which were set up as a temporary facility.

The tremor triggered landslides in Benguet and Mountain Province, leading to road closures, authorities said. Power interruption and poor internet and phone connections are also being experienced, they said.

The historic city of Vigan in Ilocos Sur, a Unesco World Heritage site known for ancestral houses, also sustained damage, according to CNN Philippines. A centuries-old bell tower in the area also crumbled.

The earthquake was also felt in the capital, where office buildings were evacuated and rail operations were halted.

There’s no tsunami alert from the earthquake in the Southeast Asian nation, said the Pacific Tsunami Warning Center. The Philippines sits on the Pacific Ring of Fire prone to earthquakes and volcanic eruptions.

Udenna, a conglomerate with investments ranging from oil to casinos, has had its debt grow after a series of deals made during Duterte’s six-year term
News
3 weeks ago

The renewed surge in cases is mostly of the BA.4/5 Omicron variants
World
1 month ago

India set to surpass China as world’s most populous country