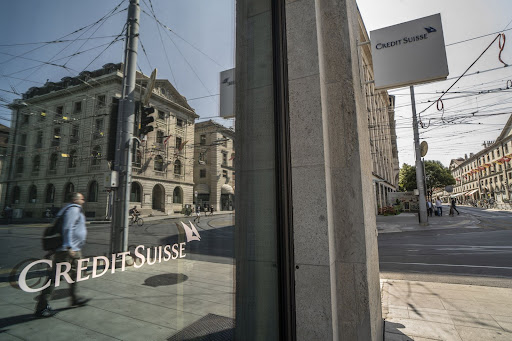 With Ulrich Körner taking over as CEO, Credit Suisse’s top ranks are looking more like UBS, suggesting the firm may draw from its crosstown rival’s play book.

The 59-year-old will replace Thomas Gottstein, who is resigning after a two-year tenure marked by scandal, turmoil and huge losses. Both Körner and Credit Suisse chair Axel Lehmann joined the bank in 2021 after stints at UBS, which has pursued a more conservative strategy that leant away from the trading business.

Credit Suisse on Wednesday said it aims to slash the size of its investment bank in the face of mounting losses, something UBS did a while ago. The firm, which posted a larger-than-expected Sf1.59bn ($1.65bn) second quarter loss, said it will seek to cut at least another Sf1bn of costs and evaluate its securitised products trading unit.

Credit Suisse’s decision “to transform the investment bank into a capital-light, advisory-led banking business, seems to be similar to the strategy adopted by UBS in 2012,” Citigroup analysts wrote in a note to investors. Körner’s appointment “would seem to suggest a further departure from investment banking”.

In the decade Lehmann and Körner were at UBS, the firm pivoted more aggressively away from fixed-income trading and towards wealth management than its rival. UBS’s market cap is now almost four times that of Credit Suisse, whereas they were almost identical in the years immediately after the financial crisis.

Lehmann is seeking to steer Credit Suisse back to profitability — and stability — after scandals such as the blow-up of Archegos Capital Management and Greensill Capital eroded investor confidence, weakened key businesses, and prompted an exodus of talent. The Swiss lender has changed its entire executive team and half its board of directors in the past 18 months in an effort to move past the crises.

Asked in a Bloomberg TV interview if the bank is now more vulnerable than ever to a takeover, Lehmann said: “No, I don’t believe so. I think we have really strong businesses, great people and a great franchise and we need to reposition ourselves and speed up the transformation.”

Credit Suisse has spent the past three years mired in scandals — starting with a spying fiasco that led to Gottstein taking the reins from Tidjane Thiam — that has left it floundering at a time when many rivals have seized on active markets to thrive. Now with inflation fears and the war in Ukraine spurring more turbulence, Credit Suisse losses have totalled almost Sf4bn in the past three quarters.

“Ulrich has experiences to transform and to build large businesses,” Lehmann said. “He’s one of the very few executives in the whole industry that can deliver. He’s ideally positioned.”

Körner, who is currently Credit Suisse’s asset-management head, has spent more than 20 years at the two largest Swiss firms. He spent over a decade at Credit Suisse before moving in 2009 to UBS, where he worked with Lehmann. Körner rejoined Zurich-based Credit Suisse last year after losing out in a management reshuffle at UBS in 2019.

Körner’s appointment took some observers by surprise, since he’s older than Gottstein and had seen his star fade at UBS. He also runs Credit Suisse’s smallest business by far — asset management accounted for about 6% of the bank’s revenue over the past two years.

Körner was among many candidates, both internal and external, that the bank considered for the top job, Lehmann told reporters on a call.

He earned the reputation of someone who was technical, analytical and decisive, people who’ve worked closely with him said. Not particularly charismatic, he was able to take unpleasant and unpopular decisions quickly, including tough calls on job cuts, they said.

Körner was brought to UBS by its former CEO Oswald Gruebel to cut costs and be a “fixer” on all the post-financial crisis issues the bank was grappling with. He was intimately involved with cutting down UBS’s risk-weighted assets, which is exactly what Credit Suisse is now planning on doing.

“Körner’s appointment makes sense, as he is very familiar with Swiss banking, and has turnaround experience at UBS,” said Adam Terelak, an equity research analyst at Mediobanca. “Still, cutting costs and stopping revenue decline in an investment bank is very different to turning around an asset manager.”

Well connected in the Swiss financial world, Körner is a dual German and Swiss citizen, and received a doctorate in business administration from the University of St Gallen in Switzerland. After working as an auditor at Price Waterhouse and as a management consultant at McKinsey & Co, he joined Credit Suisse in 1998. He was a member of Credit Suisse’s executive board from 2003 to 2008, holding positions including CFO and COO and headed the Swiss client business from 2006 to 2008.

He is among several UBS bankers to have been hired by Credit Suisse in recent years as the firm struggled to put its house in order, reinforcing the idea that it was trying to be more like its rival.

Lehmann, a former UBS COO and member of the executive board, has been recruiting from his previous employer, including Markus Diethelm as the bank’s general counsel. Körner joined before Lehmann’s appointment. The planned departure of UBS wealth management co-head Tom Naratil has also stoked speculation about his next employer.

Asked if he was planning to reshape the bank along the lines of UBS, Lehmann said: “No, not at all. We are on different path. We are a different company and we will come up with a different way forward.”