Biden’s recovery is a milestone for the pandemic response in the US, where the virus’s death toll is more than 1-million 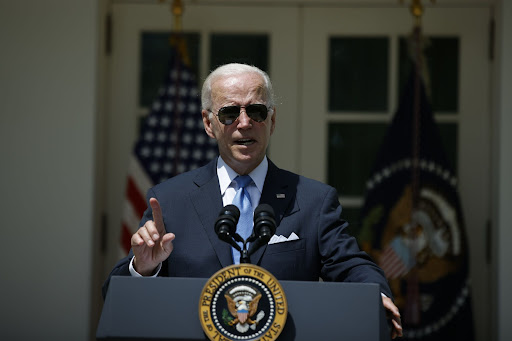 US President Joe Biden cast his own mild bout with Covid-19 as evidence of the strides the US has made under his watch to render the disease manageable, after his doctor gave him the green light to end his strict isolation.

“My recovery was quick, and I’m feeling great,” Biden said Wednesday from the Rose Garden, his first in-person public appearance since testing positive the morning of July 21.

“The entire time I was in isolation, I was able to work to carry out the duties of the office and without any interruption,” he said. “It’s a real statement on where we are in the fight against Covid-19.”

The president’s physician earlier Wednesday said Biden can end his isolation after twice testing negative for Covid-19. He’s been working remotely from the White House residence. On Wednesday, he tweeted a picture of a negative Covid-19 test and said he’d return to the Oval Office.

Biden’s recovery is a milestone for the pandemic response in the US, where the virus’s death toll is more than 1-million. The 79-year-old president has received four Covid-19 shots and was treated with Pfizer’s Paxlovid after he was infected, a drug shown to substantially reduce the chance of serious illness. Biden’s symptoms included a sore throat, runny nose, fatigue and elevated temperature.

Biden contrasted his experience with Covid-19 and that of his predecessor, former President Donald Trump. When Trump contracted the virus in October of 2020, he had to be airlifted to Walter Reed National Medical Center. He spent three nights at the hospital and received supplemental oxygen, in addition to an antiviral drug, an experimental antibody treatment and a steroid. It’s now known that Trump’s condition was worse than he or his staff indicated at the time.

“He was severely ill; thankfully he recovered,” Biden said on Wednesday. “When I got Covid-19, I worked from upstairs at the White House — in the offices upstairs for that five-day period.”

Biden said vaccines and other treatments accounted for the difference. He urged Americans to get fully vaccinated and boosted, to test before attending indoor gatherings, to wear masks and to take other precautions to help curb the spread of the highly transmissible BA.5 subvariant. Should they contract the virus, Biden encouraged people to take Paxlovid.

“You can live without fear by doing what I did: Get boosted, get tested, and get treatment,” he said.

Biden tested negative on a rapid test on Tuesday night and again on Wednesday, according to a letter released on Wednesday by the White House and signed by his doctor. He still has some symptoms of the disease but they’re “almost completely resolved”, the letter said.

“Given these reassuring factors, the president will discontinue his strict isolation measures,” the White House physician, Kevin O’Connor, wrote in the letter. It wasn’t immediately clear what measures he would still take, beyond wearing a mask.

Biden will wear a mask around others for 10 days and will “be very specifically conscientious” to protect staff and security who will be around him, the letter said. The White House has not made O’Connor available to reporters during Biden’s illness to discuss his condition or take questions.

O’Connor wrote that Biden would “increase his testing cadence” in case of a rebound.

How much protection he now has, and for how long, against reinfection is not entirely clear. Recovery from the BA.5 subvariant likely protects him for at least some time, according to Ashish Jha, the White House Covid-19 response co-ordinator who has spoken to reporters about Biden’s case.

The negative tests allow him to resume some activities, though guidance from the Centers for Disease Control and Prevention dictates that he should wear a mask around others, abstain from travel and fully avoid vulnerable people until August 1.