A separate measure of expectations, which reflects consumers’ six-month outlook, falls to lowest since 2013 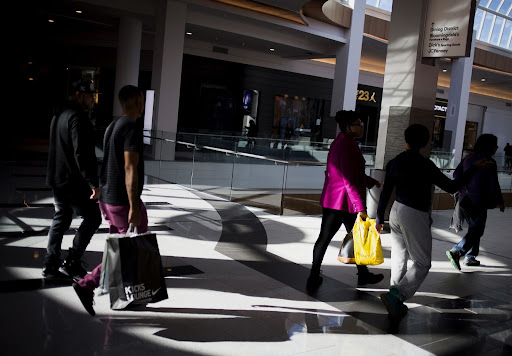 US consumer confidence declined in July to the lowest level since February 2021 on dimmer views of the economy amid persistent inflation.

The Conference Board’s index decreased for a third month to 95.7 from a downwardly revised 98.4 reading in June, data on Tuesday showed. The median forecast in a Bloomberg survey of economists called for a decline to 97.

The steady weakening in sentiment risks causing consumers to cut back on discretionary purchases at a time when the economy is struggling for momentum. Inflation has dented confidence and forced the Federal Reserve to pursue aggressive interest-rate hikes geared at curbing demand.

The group’s gauge of current conditions dropped to the lowest level since April 2021. A measure of expectations, which reflects consumers’ six-month outlook, ticked down to 65.3, the lowest since 2013, and reflected more pessimistic views of their financial prospects.

The report reinforces recent commentary from companies such as Walmart and McDonald’s that show consumers dedicating much of their budget to essentials, leaving little leftover for other purchases.

“Concerns about inflation — rising [fuel] and food prices, in particular — continued to weigh on consumers,” Lynn Franco, senior director of economic indicators at the Conference Board, said in a statement.

“Looking ahead, inflation and additional rate hikes are likely to continue posing strong headwinds for consumer spending and economic growth over the next six months,” she said.

Current labour market indicators in the report deteriorated in July. The share of consumers who said jobs were “plentiful” fell to just over 50%, the lowest in over a year. Those saying jobs were hard to get also increased.

The median inflation rate seen over the next 12 months settled back from its June high.

Food poverty worsens in UK, as measured by breakfast index