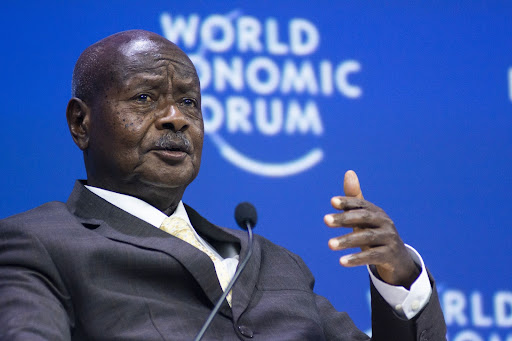 Museveni held talks on Tuesday with Russian foreign minister Sergei Lavrov, who is on a four-nation tour of Africa.

Uganda has “a lot” of uranium, essential for power generation and for biotechnology, Museveni told reporters at State House in Entebbe, southwest of the capital, Kampala.

“We have talked of co-operating in space, space science; Uganda would like a small satellite to see what is happening around the globe, then nuclear energy,” he said.

Reuters reported that he said Uganda has no reason to criticise Russia over its invasion of Ukraine. Speaking alongside Lavrov, Museveni praised Russia as a partner in the struggle against colonialism going back a century.

“If Russia makes mistakes then we tell them,” Museveni said, citing his participation in student demonstrations against the crushing of the Prague Spring by the Soviet Union in 1968. “But when they have not made a mistake we cannot be against them,” he said. Many African countries, which import Russian grain and energy while also buying Ukrainian grain and benefiting from Western aid flows and trade ties, have avoided taking sides over the war in Ukraine. Uganda was among 17 African nations that abstained in a March vote on a UN resolution condemning the Russian invasion, which was supported by 141 countries out of 193.

Uganda, which largely relies on hydropower, plans to boost its electricity generation twelvefold to 17,000MW in the medium term, according to the electricity regulatory authority. With Reuters

Thomas Thabane and his wife Maesaiah were charged with the murder of Thabane’s estranged wife Lipolelo Thabane, shot dead in 2017
World
3 weeks ago
Next Article