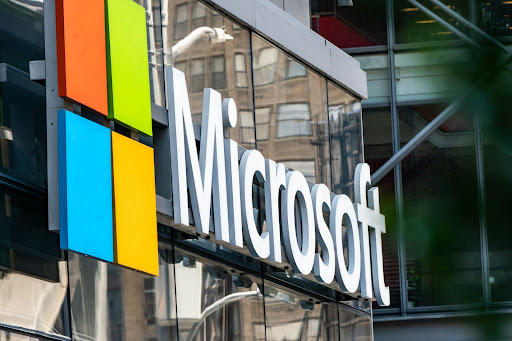 Microsoft reported quarterly sales and profit that fell short of analysts’ projections, held back by the stronger dollar and weaker demand for cloud-computing services, personal-computer software and advertising on its online properties.

Revenue in the fourth quarter, which ended June 30, rose 12% to $51.9bn, the software maker said on Tuesday in a statement. Net income rose to $16.7bn, or $2.23 a share. On average, analysts had estimated sales of $52.4bn and $2.29 a share in earnings, according to a Bloomberg survey. Revenue growth in Azure cloud-computing services slowed to 40%, a closely watched rate that also missed predictions.

The surging US dollar, which reduces the value of overseas sales, hurt revenue and profit in the quarter, prompting Microsoft to cut its forecasts in early June. The company has decelerated hiring in divisions such as Azure and Office, which makes PC productivity software. Overall sales rose the least since September 2020, with Azure growth rates continuing to tick lower and the broader personal-computer market on track for an annual decline. Demand slowed further in the last few weeks of Microsoft’s quarter, as customers delayed purchases in anticipation of a possible global recession, said Derrick Wood, an analyst at Cowen.

“Post-Memorial Day, things started getting slower and you started hearing more cautious buying behaviour and longer sales cycles,” Wood said. Those headwinds may impact the company’s forecast even more than the results from the recent quarter, he said, and currency exchange rates have worsened since Microsoft cut projections in June.

Analysts predicted Azure revenue would rise 44%, according to a note from Jefferies. In the fiscal third quarter, the division posted growth of 46%.

Microsoft shares were little changed in extended trading following the report, after declining 2.7% to $251.90 at the close in New York. While the stock jumped 51% in 2021, it has fallen 25% so far this year amid a rout in large technology stocks.

Excluding the impact of currency, Azure growth was 1% lower than forecast in April, CFO Amy Hood said in an interview. Still, the company signed a record number of Azure contracts worth more than $100m and $1bn, she said.

Commercial bookings, a measure of future sales to corporate customers, were “significantly” better than the company expected, rising by 25%, an indication corporate demand for Microsoft software remained strong in the quarter. “We do the majority of our commercial bookings business in June and it was a record quarter for us and much better than we had planned,” Hood said.

Redmond, Washington-based Microsoft in June reduced its sales and profit forecast for the quarter, blaming the stronger US dollar for a revenue hit of $460m. The software giant on Tuesday said currency impacts were even steeper than it projected. The war in Ukraine prompted the company to scale back in Russia, leading to accounting charges of $126m. Additionally, hardware-production shutdowns in China and a worsening PC market hurt sales of the Windows operating system software to computer makers.

Microsoft also recorded $113m in severance payments in the recent period. Earlier in July, Microsoft said it cut less than 1% of its 180,000-person workforce, affecting groups such as consulting and customer solutions, but said it planned to finish the current fiscal year with increased headcount. The company has also eliminated many open jobs and slowed hiring including in units that make Azure, Windows, Office and security software. These hiring constraints will continue for the foreseeable future, the company said last week.

Microsoft’s overall revenue from cloud products, which includes Azure and web-based versions of Office software, rose 28% to $25bn, the company said in slides posted on its website.

Google parent Alphabet, which also reported earnings Tuesday, has sounded a similar note of caution on hiring, as have Apple  and Amazon, and shareholders are scrutinising technology industry numbers closely for signs of wilting demand.

Global PC shipments dropped more than 15% in the quarter, according to IDC, although they remain above pre-pandemic levels. Microsoft has been able to post higher PC software revenue by shipping more versions of higher-priced corporate versions.

KATE THOMPSON DAVY: What Netflix strategies signal about the future of ...

KATE THOMPSON DAVY: What Netflix strategies signal about the future of ...