Sales at US stores climbed 3.7% as consumers continue eating out despite higher prices 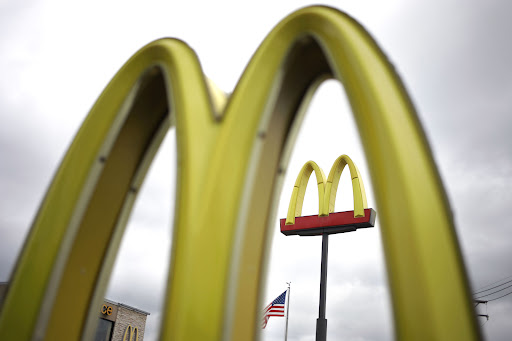 The closely watched measure of same-store sales rose 9.7% in the second quarter compared with a year ago, the company said Tuesday. Analysts were looking for a gain of 7.5%, according to data compiled by Bloomberg. Sales at US stores open at least a year climbed 3.7%, while analysts projected a 3% increase. Adjusted profit also surpassed estimates, coming in at $2.55 a share, compared with an estimate of $2.46.

The Big Mac seller said US sales growth was helped by strategic price increases and value offerings. The company had said in April that some diners were trading down to less expensive menu options. The popularity of digital sales, including the mobile app and delivery, so far appears to be offsetting pressure consumers are facing from decades-high inflation.

“The McDonald’s System continues to demonstrate strength and resiliency,” CEO Chris Kempczinski said in a statement. “While we are planning for a wide range of scenarios, I am confident that our plans and people position McDonald’s to weather this environment better than others.”

The chain has largely been a winner during the pandemic due to its drive-through lanes. Digital sales are also growing, topping $6bn in the quarter in the top-six markets, accounting for almost a third of their total sales.

Margins have been under pressure across the industry, because of supply-chain problems and wage increases. McDonald’s said its total restaurant margin rose 3% in the quarter, or 8% excluding currency translation.

McDonald’s is one of the first restaurant chains to report earnings. Its results paint a relatively upbeat picture of the strength of the US consumer. That may lessen the blow from Walmart’s surprise forecast cut late Monday, which some have interpreted as a red flag for the broader economy.

Yum Brands in talks to offload KFC business in Russia

Inflation is hurting post-pandemic restaurant demand more than travel, so investors need to tread carefully in this space for now
Companies
1 month ago

McDonald’s said in May it was selling its restaurants in Russia to one of its local licensees, Alexander Govor
Companies
2 months ago
Next Article

McDonald’s to double presence in China over next five years

Strong sales in US lift McDonald’s profit in second quarter

McDonald’s to double presence in China over next five years

Strong sales in US lift McDonald’s profit in second quarter