Bosses and workers rarely agree on what matters when it comes to the future of work. But there’s division even within the c-suite, particularly regarding the disparate treatment remote and in-office workers can face.

Younger executives cited those inequities as their top concern around flexible work arrangements, but the same issue ranked dead last among their older counterparts, according to the Future Forum, a research consortium backed by Slack Technologies. The group of about 100 older executives, most of whom were in their 50s, said co-ordination of hybrid-work schedules was their top concern, followed by productivity and learning. The 400 or so younger executives also fretted about scheduling, along with culture.

The research exposes a generational divide in which executives closer to retirement age, who’ve spent decades in offices and prefer to manage workers they can see in person, differ from younger managers in their 30s and 40s, who are generally more accepting of hybrid arrangements and keen to make sure they benefit everyone. Previous Future Forum surveys have found that women and minority workers are more likely than other groups to want to work from home, adding to fears that the push to return to offices could worsen existing workplace inequalities.

“It’s troubling,” said Brian Elliott, a Slack executive who oversees the Future Forum research, which surveys more than 10,000 white-collar workers quarterly. “The risk we run is that the older generation of executives is missing the fact that their diversity and inclusion goals and their future of work plans are tied together.”

Workers have been coming back into offices in recent months, but the mass migration that many expected in 2021 hasn’t happened. Significant numbers of white-collar employees have continued working from home while struggling with childcare, the grind of commuting and worries about rising Covid-19 cases.

Office occupancy in 10 of the largest US business districts has been stuck below 50% for the entire year, according to building-security firm Kastle Systems, and bosses are loath to push workers back in a tight labour market. Still, recession fears and a rash of hiring slowdowns everywhere from Apple to Goldman Sachs Group could provide bosses with more leverage to nudge workers back.

While that push and pull plays out, organisations need to put time and effort into crafting their flexible-work policies, which usually involve a good bit of trial and error. The mismatch in expectations between the freedom employees crave and the amount of in-office time senior leaders want is the biggest challenge in adopting more flexible work models, according to research from the HR Policy Association, which represents employers. But the gap between what workers want and what their employers are mandating continues to shrink, according to ongoing research from academics led by Nicholas Bloom of Stanford University.

For example, companies juggling remote and in-office workers often try to maintain a level playing field by insisting that if one employee has to dial into a meeting, then everyone does. Teams that work together frequently agree on which days they will all be in the office for more collaborative projects, and which times can be reserved for focused individual work.

Still, the phenomenon of “proximity bias”, whereby those who come into the office get ahead, persists. Just being seen in the office can affect performance evaluations, promotions and job security, research from professors at the University of California, Davis and North Carolina University has found.

JPMorgan Chase chief Jamie Dimon is among the many Baby Boomer-generation executives who’ve argued that remote work is no substitute for the spontaneous idea generation that results from bumping into colleagues at the coffee machine.

Under-represented groups, though, “want flexibility in both where and when they work”, said Sheela Subramanian, a Slack executive and co-founder of the Future Forum. Slack, which makes virtual collaboration software, benefits from a remote workforce.

How to... stay relevant at work

After an increase in retrenchments during the pandemic, many people worry they may also lose their jobs, but there are ways to make sure you are ...
Careers
1 month ago

Presenteeism, when workers are at work — in person or remotely — but mentally absent and unproductive due to illness or stress, has increased during ...
Careers
1 month ago 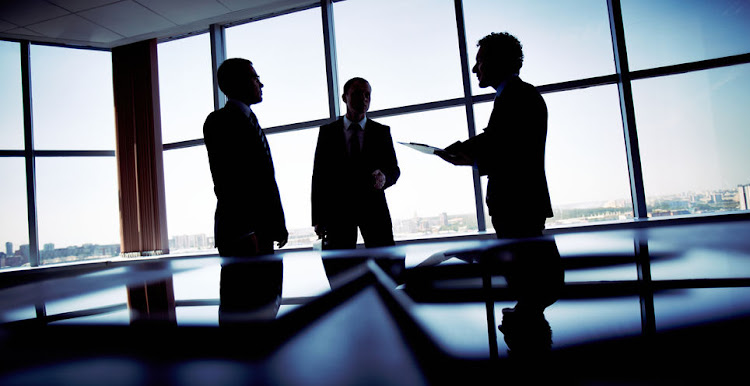 BOOK REVIEW: A look at SA’s best inventors and inventions

BOOK REVIEW: A look at SA’s best inventors and inventions