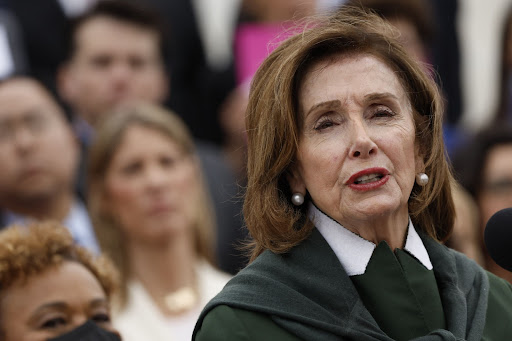 From frothy rhetoric to fighter jet incursions, China rarely leaves even a low-level exchange between the US and Taiwan unanswered. The question now is how far Beijing will go to signal its displeasure with any Taipei visit by house speaker Nancy Pelosi.

Not only would the reported trip in August be the first by someone in her post in a quarter century, it comes at a sensitive time for Xi Jinping. The Chinese president is expected to spend the first half of August huddled with Communist Party elders ahead of a reshuffle, in which he is seeking support to rule for at least another five years. He cannot afford to look weak in response to what Beijing views as a foreign effort to break off a piece of the country’s territory.

President Joe Biden further raised concerns of a strong response by China on Wednesday, when he told reporters the US military thought any visit by Pelosi was “not a good idea right now”. The reference conjured comparisons to the last major Taiwan crisis in 1995-96, when China lobbed missiles into the sea near Taiwanese ports and then-President Bill Clinton sent two aircraft carrier battle groups to the area.

“The Chinese response to her visit is probably going to be different from they have been for previous congressional delegations,” said Drew Thompson, visiting senior research fellow at the Lee Kuan Yew School of Public Policy at the National University of Singapore and a former US defence official. “The question is what.”

Here are some possible responses from China:

A Pelosi visit could be met by a particularly large or lengthy series of flights, such as when 15 planes flew around the east side of Taiwan after a US congressional delegation visit. The daily record for such incursions remains 56 planes on October 4, which may have been a response to nearby US-led military exercises. China could similarly send warships to conduct drills in nearby waters.

2. Crossing the median line. One likely response by Beijing would be to send warplanes across the Taiwan Strait’s median line, a buffer zone the US established in 1954 to prevent a conflict between China and Taiwan.

People’s Liberation Army aircraft repeatedly breached the line in September 2020, when then-US undersecretary of state Keith Krach travelled to the island. Similarly, Chinese planes crossed the line earlier in July when US senator Rick Scott visited Tsai. A deep or extended sortie across the line, which Beijing doesn’t recognise, would put particular pressure on Taiwan’s smaller military, since it would require its planes to stay in the air.

“The most likely scenario is the People’s Liberation Army will send multiple warplanes crossing the strait midline, especially at the area between Taipei and Hsinchu, which is the narrowest point in the Taiwan Strait,” said Chieh Chung, an associate research fellow at Taiwan’s National Policy Foundation.

3. Missile test near Taiwan. Among China’s most provocative responses to an exchange between Washington and Taipei came in the summer of 1995, when China test-fired missiles into the sea near the island. The move was part of Beijing’s protests against Clinton’s decision to let Taiwan’s first democratically elected president, Lee Teng-hui, visit the US.

China declared exclusion zones around target areas during the tests, disrupting shipping and air traffic. More recently, the People’s Liberation Army launched “carrier-killer” ballistic missiles into the South China Sea in August 2020, in what was seen as a response to US naval exercises.

4. Flying Over Taiwan. Nationalist voices in China have outlined a range of potential responses to Pelosi’s visit that carry an even greater risk of escalation. Among the options repeatedly floated by the Communist Party’s Global Times newspaper has been conducting a military flight directly over Taiwan, something that would set up a tense showdown between the two militaries.

Taiwanese defence minister Chiu Kuo-cheng told parliament last year that his forces would take tough measures against intruding planes. “The closer they get to the island, the stronger we will hit back,” he said.

5. Shadowing Pelosi’s trip. Hu Xijin, the Global Times’s outspoken former editor, has suggested Chinese warplanes should “accompany” Pelosi on any attempted flight to Taiwan. Such a move would put a lot of pressure on the Chinese and US pilots to avoid mistakes. Australia accused the Chinese military of flying in a “dangerous” manner beside one of its surveillance aircraft in May — a charge the People’s Liberation Army disputes.

“Xi needs to make a careful balance and pick a proper response ahead of the key party congress,” said Wang Ting-Yu, a Taiwanese MP. “On one hand, he needs to satisfy internal hawks by having some actions militarily, but on the other, the moves can’t lead to international push back when China is already struggling to deal with economic and diplomatic issues.”