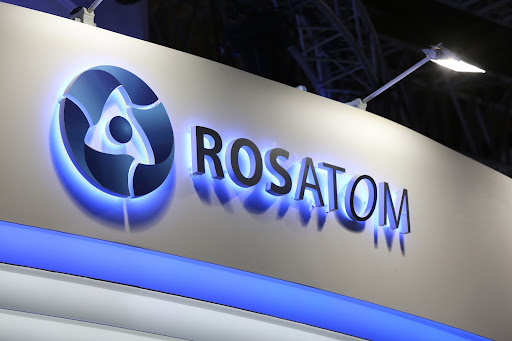 Russia’s state-controlled Rosatom began construction of Egypt’s first nuclear power plant as the North African nation balances its ties with the Kremlin and Western allies who have sanctioned Moscow over its war in Ukraine.

Work has started on the first of four 1,200MW power units that will be built at El Dabaa, 300km northwest of Cairo, according to a statement from Rosatom. Egypt’s nuclear regulatory authority  issued a permit in June to Rosatom to start construction.

The company is the world’s biggest supplier of nuclear fuel and reactors, and hasn’t been sanctioned by the US or Europe.

Russia has a history of pursuing large-scale energy projects in Egypt, often as part of a broader effort to challenge US political, military and economic influence. The then Soviet Union helped build the Aswan High Dam in the 1960s.

Russian President Vladimir Putin and his Egyptian counterpart Abdel-Fattah El-Sisi were present as the countries signed a deal for the reactors back in 2017, when the cost was put at an estimated $30bn, much of which was due to be financed with a loan from Moscow.

Five years later, the Russian economy is labouring under broad sanctions, propped up by vast income from oil and gas sales.

Egypt has developed stronger economic ties with Russia since El-Sisi became president in 2014, while retaining historic links to partners in the West. This year, it has participated in the St Petersburg International Economic Forum and bought substantial amounts of wheat from Russia, while signing a deal with Israel to boost gas sales to the EU as the bloc seeks to lower its reliance on energy imports from Moscow.

The Rosatom project was delayed after the 2015 bombing of a Russian airliner over Egypt killed 224 holidaymakers. Flights between the two countries only resumed in 2021, providing a boon for Egypt’s tourist industry that had previously attracted large numbers of Russian visitors.

Rosatom will supply nuclear fuel to each of the four reactors throughout the plant’s operational life, according to an earlier announcement.

Russia’s invasion of Ukraine and the subsequent US and European sanctions have done little to discourage international interest in the company’s technology. In addition to Egypt, the Kremlin-controlled company has advanced projects in Hungary and Myanmar since the conflict began.

In 2020, Rosatom said it had picked three Egyptian companies to help in the construction of the plant located on the Mediterranean coast.

Rosatom’s controversial R1-trillion nuclear deal negotiated under the watch of then-president Jacob Zuma was overturned in 2018 after prolonged court battle.  with Staff Writer