Elliott has built a stake of more than 9%, making it the company’s biggest investor, the Wall Street Journal reported 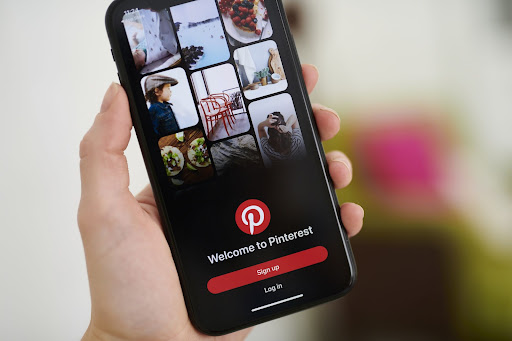 Pinterest shares jumped more than 15% in premarket trading after the Wall Street Journal reported that activist investor Elliott Management has acquired a stake in the struggling social-media company.

Elliott has built a stake of more than 9%, making it the company’s biggest investor, the newspaper reported on Thursday, citing unidentified people familiar with the matter. The shareholder has engaged in discussions with Pinterest management, though the nature of those talks wasn’t clear, the Journal said.

The news follows a shake-up at Pinterest last month, when co-founder and CEO Ben Silbermann handed the reins to Google and PayPal veteran Bill Ready. The San Francisco-based company, which lets users create virtual scrapbooks, has been trying to expand further into e-commerce.

The company also fielded a takeover approach by PayPal last year, but the digital-payment company said in October that it wasn’t going to pursue such a deal.

“Pinterest’s turnaround strategy may get help from the Elliott stake, as most social media platforms remain challenged by weak digital-ad spending. We believe comparisons could ease in the second half, and partnerships with e-commerce providers could spark a revival in top-line growth,” says Mandeep Singh, Bloomberg Intelligence senior technology industry analyst

Pinterest had enjoyed a surge in growth during the early days of Covid-19, when locked-down consumers turned to the service. But like other pandemic darlings such as Peloton Technology , Pinterest suffered a slowdown in recent months. Its shares are down in a steeper drop than broader technology indexes.

It’s not the first time Elliott has targeted a well-known technology company in recent years. The firm took a $1.4bn (R24bn) stake in eBay in early 2019, and CEO Devin Wenig stepped down later that year.

Elliott then accumulated a stake of more than $1bn (R17.2bn) in Twitter, a holding that was made public in early 2020. Twitter CEO Jack Dorsey kept his job for another 20 months, but Elliott’s presence led to aggressive revenue and user growth goals. The company was still struggling to meet those targets by the time Elon Musk showed up with a takeover offer this year — a deal that’s now unravelling.

People familiar with the situation have said they believe Dorsey left his job at Twitter in part because he was worn down by Elliott’s pressure.

The short-term credit model has taken off in the country, and PayJustNow believes it has differentiated itself
Companies
1 month ago

Peloton to outsource bike manufacturing and will cut 570 jobs