Bangkok secures billions of dollars of pledges for the project to house 350,000 people by 2032 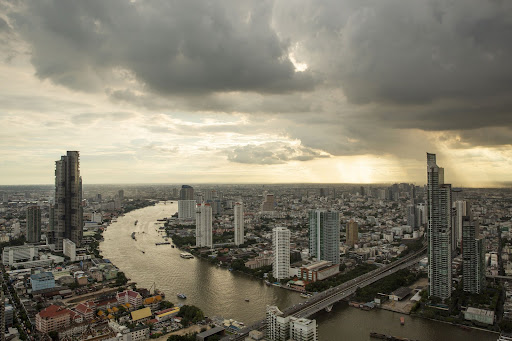 Thailand is planning to build a $37bn smart city in an industrial hub near Bangkok that has already drawn billions of dollars of investment pledges from global automotive, robotics, health-care and logistics companies.

A master plan to build the city in Huai Yai subdistrict of Chonburi province, about 160km southeast of Bangkok, was approved by a panel chaired by Prime Minister Prayuth Chan-Ocha on Monday. The yet-to-be-named city will be spread over 2,340ha and will cost 1.34-trillion baht ($37bn) over the next 10 years, officials said.

The project will comprise five business centres for companies to rent as commercial areas, Kanit Sangsubhan, secretary-general of the Eastern Economic Corridor, told reporters. These will include a hub to house regional headquarters of firms, a financial centre, and areas for precision medicine, international research & development, and future industries such as clean energy and 5G technology, he said.

The residential quarter of the new city will be designed to accommodate 350,000 people by 2032, and generate 200,000 direct jobs, Kanit said. Residents will be mostly those employed in the industrial area, which is set to draw investments of about 2.2-trillion baht over the next five years, he said.

“The new city will be liveable for the new generation of people as well as operate as business centres,” Kanit said. “We created this new project to compensate for the income Thailand lost during the pandemic.”

The new city with its business centres can add an estimated 2-trillion baht to Thailand’s GDP within 10 years, and the value of assets after a 50-year concession period will jump fivefold, the government said.

Prayuth’s government has touted the Eastern Economic Corridor, a development project whose goals include urbanisation, spurring advanced industries and adding infrastructure, to bolster the nation’s pace of economic growth, which lags behind those of neighbours such as Indonesia and Vietnam.

The corridor comprises three provinces that historically have been the country’s manufacturing hub and contributes as much as one-fifth of the Thai economy. Its output is growing 6%-7% each year, faster than the rest of the country, according to officials.