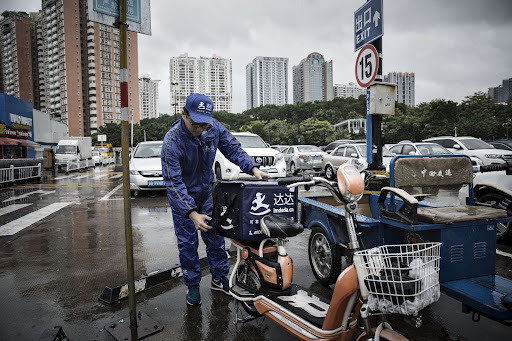 Chinese drivers are souping up their electric scooters, helping to grow one of the most successful corners of battery-powered transportation.

Electric two-wheelers sold by companies such as Niu Technologies have been well-received in China’s megacities by delivery drivers and commuters who need to bypass traffic and travel short distances in little time. Their popularity has endured despite a 2019 move by the government to force manufacturers to cap speeds at 25km/h.

Drivers and sellers have fought back by hacking software and taking online tutorials that allow them to bypass the controls, enabling some advanced models to hit speeds of 50km/h or more.

“Everybody does it,” said Zhao, a 25-year-old rider, who asked not to be identified by his full name since the practice is against government rules. He asked a salesman to remove the controls before he even drove his new scooter off the lot in 2021. “If you don’t do it, you will be the slowest on the road,” he said.

No data exists on speed-hacking, but analysts and drivers say it happens for the majority of scooters sold. The practice is especially prevalent for the delivery drivers who are the lifeblood of major Chinese cities and need the extra speed to beat delivery time limits set by their platforms, said BloombergNEF analyst Siyi Mi.

Tutorials to get around the speed limits can easily be found on social media platforms such as Douyin and Little Red Book, China’s versions of TikTok and Instagram. Buyers and sellers explain how to approach retailers about hacking the software, and how to cut a wire under the seat to turn off a government-required alarm that begins sounding when scooters surpass 25km/h.

The speed regulation was prompted by public safety concerns, including that delivery drivers often swerve back and forth between sidewalks, bike lanes and the road to avoid traffic. Information about enforcement has been limited, but three retailers in Zhejiang were fined 5,000 yuan each for offering illegal adjustments, and scooter owners that accepted them were also punished, according to NetEase News.

China’s two-wheeler market will probably plateau in sales in 2022 or 2023, according to BloombergNEF. While there will always be a niche among delivery drivers, many Chinese are expected to graduate to the comfort of a four-wheeler as the economy continues to grow. The electric scooter market is expected to shift, with India and Southeast Asia becoming the major growth regions.