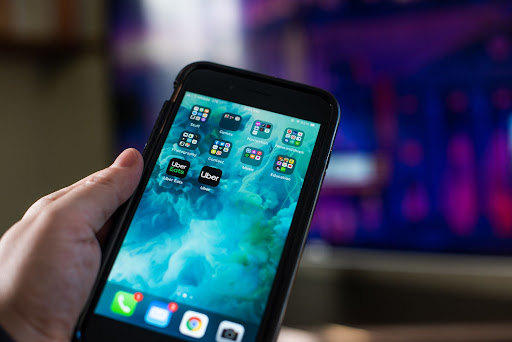 Uber Technologies attempted to lobby politicians and flouted laws as part of efforts to expand globally from 2013 to 2017, according to newspaper reports based on leaked documents.

The company allegedly received assistance in its efforts from politicians including French President Emmanuel Macron, reports from outlets including the Guardian and Le Monde said. The so-called “Uber Files” — based on more than 124,000 documents shared with the non-profit International Consortium of Investigative Journalists — cover a period of time when co-founder Travis Kalanick was CEO and detail the lengths to which the company sought to expand into key cities such as Paris.

In a statement released shortly after the reports were published, Uber did not deny any of the allegations and instead focused on the changes that had been made since Dara Khosrowshahi was named CEO in 2017.

“There has been no shortage of reporting on Uber’s mistakes prior to 2017,” the San Francisco-based company said in a statement. “Thousands of stories have been published, multiple books have been written — there’s even been a TV series.”

Uber said that Khosrowshahi had transformed the company, making safety a top priority.

“When we say Uber is a different company today, we mean it literally: 90% of current Uber employees joined after Dara became CEO,” according to the statement.

Uber’s aggressive tactics as it took on the taxi industry have been reported on for years. Bloomberg News reported in 2018 that the company had deployed a remote system to prevent police from obtaining internal data during raids.

French newspaper Le Monde reported on text messages between Kalanick and Macron while he was finance minister. There were a total of four meetings between the two and a secret “deal” was put in place between Uber executives and French politicians, it said.

As finance minister, Macron was “naturally brought to exchange with numerous companies engaged in the profound mutation of services that occurred during the years mentioned,” a spokesperson for the Elysee said, adding that he sought “to facilitate by untying certain administrative or regulatory locks”.

According to the documents, Uber withdrew its person-to-person UberPop service in France in 2015 and a few months later, a law making it difficult to become a licensed Uber driver was modified in favour of the ride-hailing company, infuriating taxi drivers.

During anti-Uber protests in Paris and other European cities in 2016, Kalanick had dismissed internal concerns about potential violence against Uber drivers, according to the leaked documents. The company instead sought to use the violent attacks against its drivers at the time to win public sympathy, the reports said.

A spokesperson for Kalanick disputed the allegations in a detailed statement to the Washington Post, one of several news organisations that wrote about the documents.

“Mr Kalanick never suggested that Uber should take advantage of violence at the expense of driver safety,” according to the statement. “Any accusation that Mr Kalanick directed, engaged in, or was involved in any of these activities is completely false.”