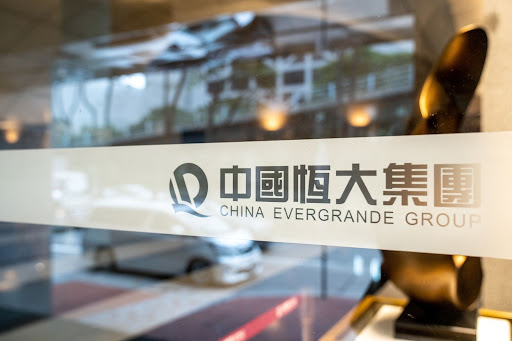 China Evergrande suffered its first rejection from local creditors to extend a bond payment on Monday, a development that may result in a landmark onshore default and encourage investors to take a tougher stance against other developers battered by China’s property debt crisis.

Holders of a puttable yuan-denominated bond from the firm’s main onshore unit Hengda Real Estate rejected a plan to further extend payment past a July 8 deadline by six months, according to a Shenzhen stock exchange filing on Monday. The company held a meeting last week to seek creditor approval, but more than 90% of the voting holders rejected the proposed extension.

Hengda said it is still actively seeking to talk with holders of the yuan bond. The creditors’ rejection of a proposed extension to the bond payment period will not affect Hengda’s operations and risk disposal, the company said. The firm added that its operations have been improving recently, and said it will step up efforts in homebuilding and delivery to support the bond repayment.

A credit crunch at the Chinese property giant roiled markets in 2021 as authorities embarked on a sweeping clampdown of the nation’s debt-saddled real estate sector. If Evergrande fails to repay the local bond, it could mark the developer’s first official delinquency on a domestic note, after it defaulted on dollar-bond payments in December.

“This is the first time it failed to extend an onshore bond and will constitute a default,” said Li Kai, CIO at Beijing Shengao Private Equity Fund Management. “It will create a new path for restructuring and will have implications in pricing of real estate bonds especially extended bonds. We expect more onshore defaults from here.”

Developer shares slumped as much as 3% on Monday, the most since June 13, according to a Bloomberg Intelligence gauge, while China’s high-yield dollar junk notes fell 0.5 to 1c on the dollar.

Evergrande did not immediately have any comment when asked about the extension failure.

The local note in question is a 4.5-billion yuan ($671m) security due in 2023 with a put option for investors to seek early repayment. The security does not have a grace period, according to its offering circular. In January the developer avoided what would have been its first default on a public onshore bond by obtaining investor backing to delay early repayment on the note for six months.

Evergrande has so far avoided missing payments on its local bonds by securing delays on its deadlines. The unit said last week that it was seeking the further delay to January 8 2023, when the bond is set to mature.

Investors both onshore and offshore are closely watching what could be one of the nation’s biggest debt restructurings, as they prepare for a lengthy battle over who gets paid from what remains. Evergrande has more than $300bn in liabilities.

Evergrande previously said it aims to provide creditors with a preliminary overhaul proposal by the end of July. The real estate giant said in June that it was actively pushing forward with the restructuring work. On the onshore bond, Hengda said that it will actively negotiate with bondholders to reach a plan.

“Evergrande needs to talk with holders and improve its plan,” according to Bloomberg Intelligence analyst Daniel Fan. The developer may also move to ring-fence its offshore assets for its overseas bondholders in an attempt to forestall possible legal action, he said.

Home to some of the country’s leading companies, China’s biggest goods exporter is struggling amid lockdowns, border closures and decreased consumer ...
World
2 months ago

Company considers repaying offshore creditors the principal and interest by turning them into new bonds, to then be repaid in instalments over 7-10 ...
Companies
2 months ago
Next Article