German shipping magnate joins trend to look to the skies 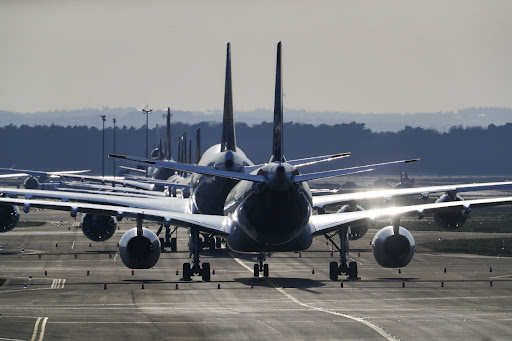 Germany’s richest man is now the largest shareholder in Deutsche Lufthansa after reinvesting a chunk of a fortune he made in logistics into Europe’s biggest airline.

Klaus-Michael Kuehne raised his stake in Lufthansa to 15.01% from 10.01%, according to a filing late on Wednesday, overtaking the German government as the carrier’s biggest shareholder. The state has been selling down its interest after the airline repaid a bailout to help it survive Covid-19.

Lufthansa shares gained as much as 3.3% in Frankfurt, trading up 2.1% at €5.63 at 9.33am in Frankfurt. The company’s stock has fallen about 9% since the start of the year. Kuehne could not immediately be reached for comment by Bloomberg.

While the logistics magnate has not commented publicly on the rationale for building his Lufthansa stake, several big shipping companies are branching out into commercial aviation, especially firms with cargo operations such as Lufthansa. And logistics companies have enjoyed soaring profits over recent years amid a freight boom, leading several to reinvest profits into airlines.

Kuehne, who also expressed interest in taking a board seat at Lufthansa, is worth $35.1bn, according to the Bloomberg Billionaires index. He is honorary chair and majority owner of Kuehne + Nagel, the world’s largest sea-freight forwarder.

His holding company also owns a 30% stake in German shipping firm Hapag-Lloyd, a company that until now has not tried to acquire aviation operations. Lufthansa’s cargo division operates a fleet of 12 large cargo aircraft and also makes use of the belly space in the passenger division’s jets.

“It’s not clear what the endgame is,” Alexander Irving, an analyst at Bernstein Autonomous in London, said by email. “The commercial logic of vertically integrating a forwarder with an air cargo operator is complex as it makes the incentives less straightforward,” he said, noting that there has been no integration between Kuehne + Nagel and Hapag-Lloyd.

Any synergy from a co-operation between Lufthansa and Hapag-Lloyd would be “very limited”, he said.

French logistics giant CMA CGM agreed in May to acquire a stake in Air France-KLM, while container giant MSC Mediterranean Shipping Company has made a joint bid with Lufthansa to acquire Italia Trasporto Aereo, known as ITA, the successor to failed carrier Alitalia.