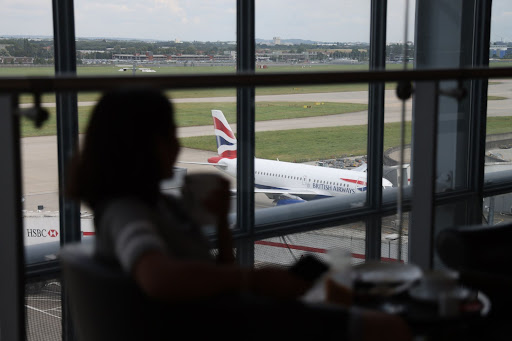 British Airways reached an agreement with check-in employees to head off a strike that threatened further disruption after the carrier scrapped thousands of flights amid a staffing crunch.

The threat of a strike by check-in workers at London Heathrow airport had raised concerns that labour trouble might spread to other groups of British Airways workers. Shares of International Consolidated Airlines Group, the carrier’s parent, rose as much as 4% after the accord was announced.

The European aviation industry has suffered unprecedented bottlenecks and check-in chaos at airports from Heathrow to Brussels to Dusseldorf. The disruptions have been brought on by a blend of labor disputes, staffing shortages and cost cuts during the pandemic that are now coming back to haunt airlines, just as travel roars back for the busy summer period.

“We are very pleased that, following collaboration with the unions, they have decided not to issue dates for industrial action,” British Airways said in a statement. “This is great news for our customers and our people.”

British Airways has been among the carriers hardest hit by a staffing shortfall that’s being felt across Europe, after dismissing 10,000 workers at the peak of the Covid-19 pandemic. On Wednesday, the airline said it would cancel another 10,300 flights through the summer season, taking the total cancellations from April to close to 30,000 flights.

The headcount crunch has stoked pay demands at British Airways, with workers pressing for the restoration of a 10% wage cut implemented during the pandemic. Details of the agreement with the unions were not immediately available.

“These are frontline workers facing anger from customers daily,” Nadine Houghton, GMB national officer, said in a statement. “The least they deserved was fair pay.

Other labour disputes and disruptions keep flaring up across the industry.

Refuelling workers at Heathrow said earlier this week that they would stage a 72-hour walkout over wages beginning July 21, threatening to further disrupt operations at the hub.

Deutsche Lufthansa chair Karl-Ludwig Kley separately sought to calm staff anger over wages and working conditions, acknowledging reports of their “despair and tears, of helplessness while remaining loyal to Lufthansa”. The supervisory board held a meeting Wednesday evening to discuss ways out of the chaos, with worker representatives lamenting beforehand that cost cuts by management had contributed to the current chaos.

“I have not seen such a collection of problems in my career,” Kley said in the message published on the Lufthansa intranet, reviewed by Bloomberg. Kley said the issues on the ground were being exacerbated by a shortage in parts that was keeping some aircraft from taking off, as well as the disruption to the usual flight paths because the war in Ukraine has closed air space.

UK leisure carrier Jet2 meanwhile blamed airports for disruption to its operations, with executive chair Philip Meeson slamming most of the 10 British bases from which it operates as “woefully ill‐prepared and poorly resourced” for the rebound in customers, calling the failure “inexcusable.”