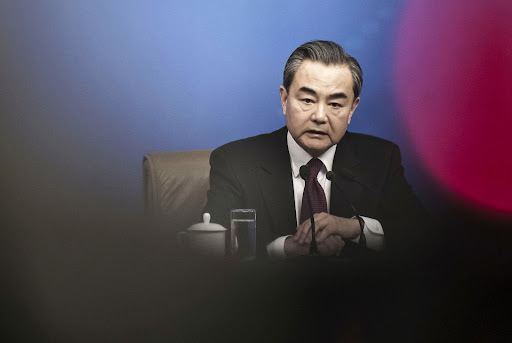 As US secretary of state Antony Blinken arrives in Southeast Asia for his first visit in more than six months, he will find his Chinese counterpart halfway through a two-week diplomatic blitz across the key strategic battleground.

Since Sunday, Chinese foreign minister Wang Yi has secured a fresh pledge from Thailand to complete a $5.2bn rail link between the two countries and expressed a willingness to open a “golden age” of ties with the Philippines’ newly elected president, Ferdinand Marcos Jr.

Wang also attended a regional summit in Myanmar, which the military regime hailed as a sign of growing recognition of its rule, more than a year after ousting the civilian government in a coup.

Wang’s 11-day trip was part of China’s push to offer an alternative to the US’s Indo-Pacific strategy and assuage regional suspicions of its own intentions by emphasising shared economic benefits. The urgency of that effort has been increased by Russia’s invasion of Ukraine, which has fuelled concern that China could take military action to resolve its own territorial disputes in places such as Taiwan.

Blinken is expected to press the US’s case that Russia’s actions set a dangerous precedent during Group of 20 (G20) meetings that begin on Friday in Bali, Indonesia. Wang, for his own part, has been promoting the Global Security Initiative announced by President Xi Jinping in April, in an effort to appeal to developing nations that may be wary of the Western-led campaign to punish Russia with sanctions.

“It is driven at least in part by Beijing’s desire to be seen as providing security solutions, and pushing back against US charges that China is undermining security,” said Bonnie Glaser, director of the Asia programme at the German Marshall Fund of the US. “China likely sees that there is growing concern about Chinese policies, so it needs to step up its game to improve its image and keep countries onside.”

Blinken and Wang were slated to meet Saturday on the sidelines of the G20 in a high-level meeting expected to set the stage for a phone call between Xi and US President Joe Biden. The secretary of state last visited Southeast Asia in December, when he travelled to Indonesia and Malaysia, but was forced to skip Thailand due to a Covid-19 case in his entourage. He will make up for that with a trip to Bangkok this time.

The Biden administration has sought to reassert US influence in Asia in recent months, hosting leaders of the Association of Southeast Asian Nations at the White House and visiting Japan and Korea in May. The US has tried to play down the need for countries to line up against China, with defence secretary Lloyd Austin telling a security forum in June in Singapore that smaller nations should be “free to choose, free to prosper and free to chart their own course”.

Most Asian nations are reluctant to take a side and have sought instead to maintain good relations with both. The recent trip by Wang appeared designed to take advantage of that hedging strategy, by offering a less interventionist vision for global security that does not emphasise democracy and human rights.

That contrasts with Biden’s effort to expand a coalition of “like-minded democracies,” via groupings such as the Quad — with Australia, India and Japan. Most countries in the region count China as their largest trading partner and the Indo-Pacific Economic Framework for Prosperity that Biden rolled out in May remains largely conceptual.

It’s not “a question of either/or,” said Shahriman Lockman, a director at the Institute of Strategic and International Studies in Malaysia. Southeast Asian nations “will soak up the attention and resources that are being directed their way. The Chinese are, to a certain extent, playing catch-up as well.”

In his meeting with Marcos on Wednesday, Wang reaffirmed Beijing’s desire to keep territorial disputes over the South China Sea from defining relations between China and the Philippines. No senior US official has paid a personal visit to Marcos —  the son and namesake of the country’s former dictator — despite the landslide election win in May that put him in charge of a key US treaty ally.

Earlier in the week, Wang secured a commitment from Thai Prime Minister Prayuth Chan-Ocha to complete a delayed railway project critical to connecting the two countries via Laos. The Chinese foreign minister told a briefing Tuesday that the “economic corridor” connecting the three nations will promote logistics, trade and economic development.

Wang also reaffirmed China’s support for the junta-run Myanmar, which the US has tried to isolate, by attending a meeting designed to manage the use of the Mekong River. Myanmar agreed to speed up the development of its own economic corridor with China and implement a cross-border power agreement.

“Development is the biggest public good China has offered to the world, now China also begins to offer security as a public good to the world,” said Wang Yiwei, a former Chinese diplomat and director of Renmin University’s Institute of International Affairs. “The global security initiative offers security for everyone.”